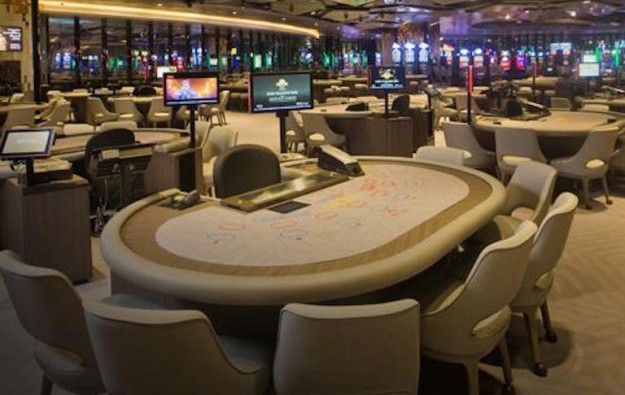 Casino operator Genting Malaysia Bhd’s large-scale capital input in its domestic operation Resorts World Genting (pictured) should bear fruit already this year in terms of boosted group earnings as the current cycle of reinvestment draws to a conclusion. That is according to Japanese brokerage Nomura, in an outlook report on a range of Malaysian equities.

Following a general election in May and the return to power of veteran politician Mahathir Mohamad, some investors have become more upbeat about a number of activities in the Malaysian economy, and Genting Malaysia’s domestic rights to operate casino gaming is one of them.

“Genting Malaysia has clear catalysts in the form of GST removal… and an upcoming [20th Century] Fox [World] theme park opening, even though we are not confident about the fourth-quarter 2018 launch date,” wrote Nomura analysts Tushar Mohata and Rahul Dohare in their contribution to the equities outlook report.

They were referring first to a 6-percent Goods and Services Tax that the government of the previous prime minister, Najib Razak, had applied to the gaming sector. According to prior notes by analysts, Genting Malaysia had been absorbing that cost on behalf of its customers.

Nomura said that the removal of the GST burden on Genting Malaysia’s domestic operation at Genting Highlands – the firm also runs casinos in the United Kingdom and Egypt, and in the United States and the Bahamas – would improve annualised revenue and annual earnings before interest, taxation, depreciation and amortisation (EBITDA) by circa MYR200 million (US$49 million) in each case.

Maybank IB Research analyst Samuel Yin Shao Yang said in a May note after the general election, that his institution estimated that the zero-rating of GST – assuming gaming tax rates were not hiked by the new Malaysian administration – might boost Genting Malaysia’s earnings estimates and target share price by as much as 10 percent per annum and 8 percent respectively.

The concerns of the Nomura analysts regarding the launch of the 20th Century Fox World theme park at Resorts World Genting were based on previous slippage to the timetable for opening. Currently it is slated to open this year at the earliest. The facility is part of a 10-year Genting Integrated Tourism Plan to revamp Resorts World Genting. The plan – with a MYR10.4 billion budget – came into operation in 2013.

The Nomura team wrote: “We expect Genting Malaysia’s next leg of growth to come from its capex in Malaysia, which should benefit from the expansion in capacity being undertaken by the group, funded by its monopoly in the Malaysian market, which is a growing cash cow for the company. With the bulk of capacity expansion coming to an end, we think earnings should rebound in 2019.”

Mr Mohata and Mr Dohare forecast “continued Malaysia revenue growth in 2018″ for Genting Malaysia “as new attractions continue to improve visitation and gaming volumes, with margin improvement to follow in 2019 after the new theme parks are commissioned.” They added: “We expect Malaysia revenue and EBITDA to grow 13 percent and 18 percent respectively in 2018, with a sharper 16 percent and 27 percent step-up in 2019.”

Last week it was announced that a subsidiary of Genting Malaysia had issued debt paper worth MYR2.6 billion. Analysts said some of the money raised via debt was likely to be used to reduce the group’s equity funding commitment in the Genting Integrated Tourism Plan, and therefore increase the chances of Genting Malaysia sustaining and possibly improving its policy of paying dividends to investors.

Only two of Macau’s 18 satellite casinos – the Rio Casino and the President Casino – have closed amid changes to the city’s regulatory system for such properties, and against... END_OF_DOCUMENT_TOKEN_TO_BE_REPLACED