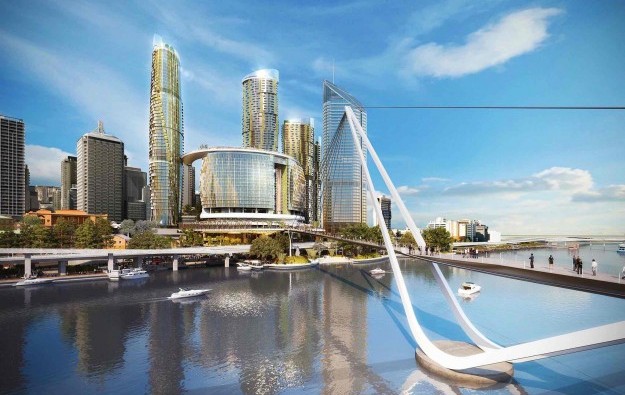 Genting Hong Kong Ltd has received approval – from an authority in one of two Australian states that have a say in the matter – to raise its stake in Australian casino operator Echo Entertainment Group Ltd to as much as 23 percent.

The New South Wales Independent Liquor and Gaming Authority gave its consent on Thursday, September 3, for Genting Hong Kong to increase its shareholding in Echo Entertainment in excess of 10 percent, but not more than 23 percent without further approval, Genting Hong Kong said in a filing on Friday.

The Hong Kong-listed company stated it is still trying to get similar approval from the authorities in Queensland, including the Office of Liquor and Gaming Regulation.

As at June 2013, Genting Hong Kong held a 6.6 percent stake in Echo Entertainment, according to the latter firm’s annual report filed in September 2014.

Genting Hong Kong is an operator of casino cruise ships and a joint venture casino operator in the Philippines. In July the firm announced it was selling an indirectly-held equity interest relating to a casino business on Jeju Island, in South Korea, and terminating a shareholder agreement related to it.

Genting Hong Kong had applied in June 2012 for approval to acquire more than 10 percent of the voting power in Echo Entertainment.

In its Friday announcement, the New South Wales Independent Liquor and Gaming Authority noted that the approval process “has taken considerably longer” than it expected.

“This was due, first, to delays in Genting Hong Kong providing information to the authority and, second, to Genting Hong Kong making significant new investments in jurisdictions where the authority had little background knowledge, requiring on several occasions the commencement of new lines of investigation,” the regulator said.

In a statement to the Australian Securities Exchange on Friday, Echo Entertainment said Genting Hong Kong still needs consent from authorities in Queensland in order to increase its stake. “Approval from the Queensland Attorney General and Minister for Justice remains pending,” it said.

Echo Entertainment currently has a casino monopoly in Sydney, New South Wales, where it runs The Star. The firm also operates two casinos in Queensland: Treasury Casino and Hotel in Brisbane; and Jupiters Hotel and Casino on the Gold Coast. The casino operator announced last month that it is to rebrand itself as The Star Entertainment Group and to rename all its properties under the Star name.

It was announced in July that Echo Entertainment was chosen by the Queensland government as the preferred tenderer to develop a casino resort (pictured in a rendering) in the Queen’s Wharf area of the state capital Brisbane, beating a proposal by domestic rival Crown Resorts Ltd.

Echo Entertainment will however face competition in Sydney from Crown Resorts. The latter is due to open its Crown Sydney gaming property in a waterside redevelopment area some time after November 15, 2019.

Macau’s casino gross gaming revenue (GGR) for the first five days of February is estimated at MOP1.9 billion (US$235.1 million) – or MOP380 million per day – a level that suggests a “45... END_OF_DOCUMENT_TOKEN_TO_BE_REPLACED