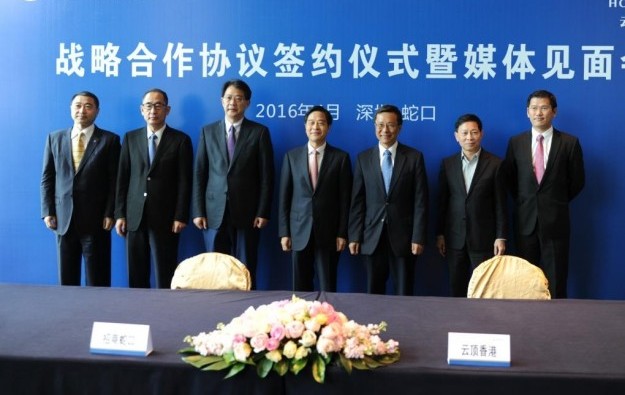 Genting Hong Kong Ltd, an operator of casino cruise ships and a joint venture casino operator in the Philippines, has signed a strategic cooperation agreement with China Merchants Group to develop an under-construction international cruise ship terminal in Shenzhen as a home port. Shenzhen is a mainland China city neighbouring Hong Kong.

China Merchants Group is a Chinese conglomerate with business interests in finance, property, logistics and trading.

Genting Hong Kong – part of Malaysia-based Genting Group – also said in the press release that its cruise ship SuperStar Virgo would use Shenzhen, in Guangdong province, as its home port with effect from November. SuperStar Virgo – which features casino gaming facilities – operates under the firm’s Star Cruises brand. Starting this week and for a period of six months, the ship will run cruises between Guangzhou, the capital of Guangdong, and Japan.

Once SuperStar Virgo is based in Shenzhen, it will offer cruises to China’s Hainan Island and to Vietnam, Genting Hong Kong said.

The firm’s press release did not include any direct reference to casino cruise operations via Shenzhen. Casino gambling is illegal in mainland China; but once ships arrive in international waters, the restriction no longer applies.

“Asia’s cruise industry is booming and China is expected to become the fastest-growing [market] in the world as international cruise lines ramp up their operations in response to surging demand,” Li Jianhong, chairman of China Merchants Group, said in a statement.

In 2015, “more than 1.2 million [mainland] Chinese travellers joined cruises”, said Genting Hong Kong in its press release. The firm forecast the figure would rise to 4.5 million by 2020.

Macau mass-market casino gross gaming revenue (GGR) for the recent Chinese New Year (CNY) holidays could have recovered to at least 60 percent of that for the 2019 break, when the festivities were in... END_OF_DOCUMENT_TOKEN_TO_BE_REPLACED