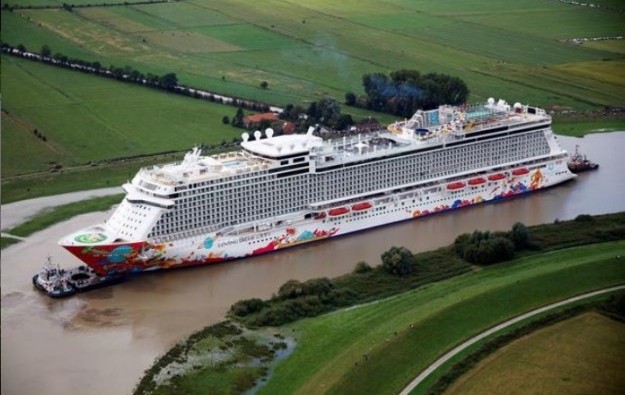 The result was on 2019 group revenue that actually fell 2.4 percent. Such revenue was US$1.56 billion, compared to US$1.60 billion a year earlier.

Share of profit of joint ventures and associates totalled US$9.7 million in 2019 compared with US$13.5 million in 2018. The decrease was “mainly due to smaller contribution from Travellers International Hotel Group Inc,” which was mainly due to the absence of non-operating income that had been recognised in the 2018 accounts. Genting Hong Kong is an investor in Travellers International, which runs the Resorts World Manila casino resort in the Philippine capital.

The Genting Hong Kong directors did not recommend the declaration of any final dividend for the year ended December 31.

The group’s 2019 earnings before interest, taxation, depreciation and amortisation (EBITDA) were US$142.5 million, double the US$72.3 million achieved in 2018, with the improvement “mainly driven by a combination of improved cruise revenues and higher utilisation of the shipyard” operations it controls in Germany.

EBITDA for 2019 for “cruise and cruise-related activities” were just under US$6.8 million.

In revenue terms, cruise business produced just under US$1.04 billion in ticket sales and US$346.5 million from “onboard revenue”.

In the second half of the year, group revenue increased by 1.2 percent to US$832 million compared to US$822 million in the same period in 2018, “primarily due to a slight growth in cruise revenue”.

Second-half revenue from the cruise business was 3.4 percent up at US$731 million compared to US$707 million in the second half 2018. The increase was mainly due to “improved pricing,” said the firm.

But the group gave a warning regarding the impact in 2020 of the novel coronavirus pandemic and its associated Covid-19 infection.

“The Covid-19 outbreak has caused the group to cancel many sailings and suspend almost all of its cruise operations temporarily in the first quarter of 2020 and the operations in all three shipyards of MV Werften,” in Germany, said Genting Hong Kong.

In mid-March the firm said that as part of cost-cutting measures in the face of the global crisis and its effect on tourism, its top executives had “waived 100 percent of fees and compensation from February 2020 till the end of this year”.

It is likely that Macau will shortly have a third round of citywide centre-based Covid-19 testing in little more than a week, after the results so far of a second mass test – that was due to finish... END_OF_DOCUMENT_TOKEN_TO_BE_REPLACED