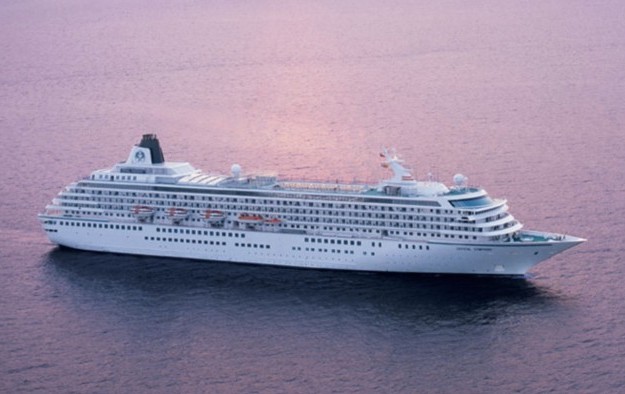 Casino cruise ship operator Genting Hong Kong Ltd says it has agreement on a “holistic recapitalisation” of the group, and “amendment and extension” of the group’s “material financial indebtedness of circa US$2.6 billion” after what it termed “intensive negotiations with its stakeholders”.

Genting Hong Kong – part of the Malaysia-based Genting group – controls the Dream Cruises, Crystal Cruises and Star Cruises brands. The firm is also an investor in the Resorts World Manila casino resort in the Philippines.

The announced deal came against the background of the Covid-19 pandemic that “has had, and continues to have, a material impact on the financial position and results of operation of the group”, with many cruise routes around the world suspended as a Covid-19 countermeasure.

Genting Hong Kong’s recapitalisation package includes amendments to just over US$981 million of existing financial indebtedness of the company, the group said in a Friday filing to the Hong Kong Stock Exchange.

The package incorporates: “a material extension of maturity” of its loan facilities; and “reduction in, and the harmonisation of” interest margins for up to 24 months.

The terms include: “suspension of amortisation payment requirements” for just under US$1.5-billion of “separate secured financing arrangements” entered into by the group’s Dream Cruises, Crystal Cruises, and Star Cruises entities.

Such new terms would apply until either June 23, 2023; or 24 months after the implementation of the transaction; whichever falls earlier.

Other elements of the package include: a new EUR215-million (US$261.5 million) subordinated secured loan facility and a EUR85 million “silent participation” –  in the form of a limited-recourse equity stake to the lender in exchange for contribution of funding.

This would enable the completion of the “partially-completed Crystal Endeavor and Global Dream vessels and certain overhead costs”.

There would also be in the overall package, provision of a new committed EUR280 million of “post-delivery financing facility on substantially standard market terms” for the Crystal Endeavor vessel, by “certain existing lenders” to the group.

Genting Hong Kong and or its subsidiaries will also seek to raise at least US$154 million of additional liquidity by December 31, 2021.

Were the latter to be “unsuccessful”, other routes included: equity financing of the company for not less than US$30 million; and standby loan facilities from the German state of Mecklenburg Vorpommern, via that country’s stabilisation fund, to the equivalent value of US$124 million.

The group said it anticipated the overall transaction would be implemented “as soon as practicable within the coming months”.

The group said in its filing that the general recapitalisation package built on the “improved liquidity available to the group,” following the successful subscriptions by direct wholly-owned unit Ocean World Ltd, and Darting Investment Holdings Ltd, for new shares in Dream Cruises Holding Ltd, an indirect non-wholly owned subsidiary of the group.

Under that, US$59 million of new cash was raised and USD247.9 million of intercompany loans were set off, as stated in previous filings.

The imminent return of package tours from mainland China will not only help boost Macau’s tourism businesses, but is also expected to help casinos gain more foot traffic in their mass gaming... END_OF_DOCUMENT_TOKEN_TO_BE_REPLACED