Genting HK selling up to 35pct of Dream Cruises 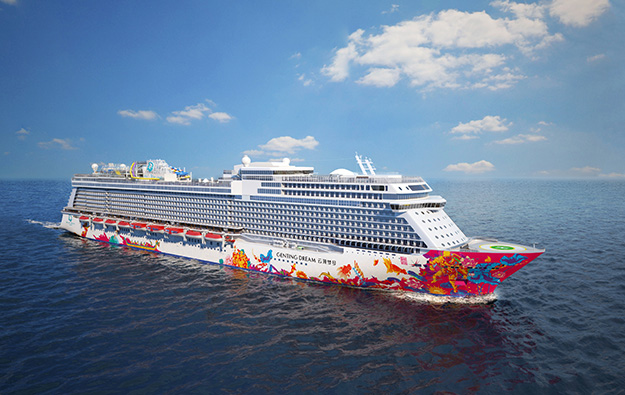 Genting Hong Kong told the Hong Kong Stock Exchange on Tuesday that it would sell first at least 24.5 percent of the stock of Dream Cruises, and that it intended in due course to sell more shares in the company, so bringing the stake bought by the TPG Darting subsidiary to 35 percent.

“The disposal would strengthen the group’s balance sheet and its ability to continue to expand its fleet in the cruise industry,” Genting Hong Kong told the stock exchange. “The disposal would also reduce the group’s financial burden in meeting future funding requirements in relation to Dream Cruises business.”

For its first tranche of shares, the TPG Darting subsidiary will pay almost US$488.65 million in cash multiplied by the percentage resulting from fraction of the first tranche of shares to 350, subject to adjustment by the seller’s good-faith estimate of the cash balance, the indebtedness and working capital of Dream Cruises at the initial closing, according to Tuesday’s filing.

In Tuesday’s filing, the board of Genting Hong Kong said it considered the investment by entities of a “highly reputable” private equity institution “to be a significant vote of confidence in Dream Cruises.

“The proceeds of the disposal will also increase the liquidity of the company and position it strongly to fund its continued expansion and new ship building programme on completing two ‘Global Class’ ships,” the first to be delivered in early 2021 and the second in early 2022.

In July Genting Hong Kong announced that it had appointed Michael Goh to the positions of president of Dream Cruises and head of international sales of Genting Cruise Lines.

Genting Hong Kong has eight cruise ships containing casinos run by its Resorts World at Sea business, which have table games and slot machines. The company also has a stake in the Resorts World Manila casino resort in the Philippines.

In March, Genting Hong Kong reported that its annual net loss shrank by 13 percent in 2018 to about US$210.9 million, on annual revenue that grew by 34 percent to US$1.6 billion as the company redeployed two of its newer ships on cruises starting from ports in southern China.

Macau’s casino gross gaming revenue (GGR) for the first five days of February is estimated at MOP1.9 billion (US$235.1 million) – or MOP380 million per day – a level that suggests a “45... END_OF_DOCUMENT_TOKEN_TO_BE_REPLACED