Genting HK to invest US$111 mln in German shipyards 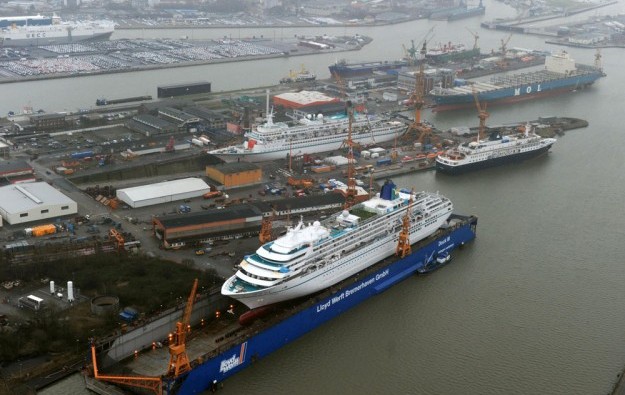 Genting Hong Kong Ltd, an operator of casino cruise ships and a joint venture casino operator in the Philippines, said it will invest more than EUR100 million (US$110.9 million) to upgrade its recently-acquired shipyards in Germany.

Genting Hong Kong had acquired the three shipyards in the German state of Mecklenburg-Vorpommern for EUR230.6 million. The Hong Kong-listed firm acquired 70 percent of Lloyd Werft in 2015 for a total consideration of EUR17.5 million.

The company said it expects that the new assets would strengthen its global casino cruise ship fleet capabilities over the next decade.

In 2015, Genting Hong Kong acquired U.S.-based Crystal Cruises and its subsidiaries for a total consideration of US$550 million. The firm launched – in November that year – Dream Cruises, a new cruise line “conceived in and built for Asia”.

Genting Hong Kong said its revenue from cruise and cruise-related activities increased 23 percent year-on-year to US$652.8 million in 2015.

The company in April signed a cooperation agreement with China Merchants Group to develop an under-construction international cruise ship terminal in Shenzhen, in mainland China, as a home port.

A global shortage of computing microchips is currently the biggest challenge for gaming machine manufacturers, says businessman Jay Chun (pictured in a file photo), president of the Macau Gaming... END_OF_DOCUMENT_TOKEN_TO_BE_REPLACED