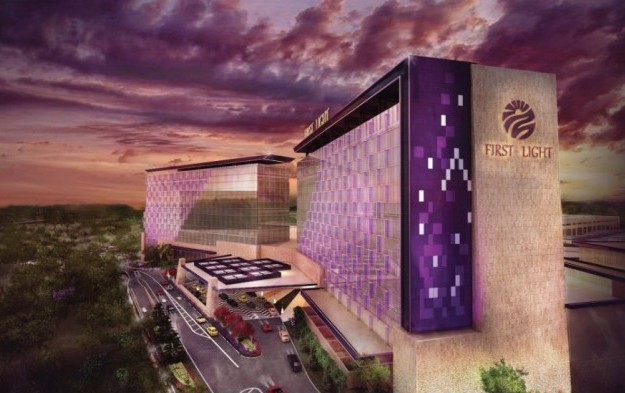 Casino operator Genting Malaysia Bhd says it is considering what it should do about its investment in promissory notes issued by a Native American tribe which intends to build a casino that Genting Malaysia would run.

The company told Bursa Malaysia on Friday that the Mashpee Wampanoag tribe’s casino project  (pictured in an artist’s rendering), in Taunton in the U.S. state of Massachusetts, was “stalled”.

This month, the U.S. government decided that the tribe’s land could not be held in trust, an arrangement that would allow the tribe to reap the economic benefits of the land, such as the income from a casino built on it.

The decision is a consequence of doubt about the legal status of the tribe and the land it occupies.

For the tribe to build a casino on its land will now require the federal congress to pass legislation allowing the land to be held in trust, which the congress is considering.

Genting Malaysia told the stock market: “The group is currently deliberating the appropriate course of action by working closely with the tribe to review all options available for the group’s investment in the promissory notes as well as its recoverability. This includes a legislation being introduced in the U.S. Congress.”

The company says its investment in the promissory notes, including interest accrued, was worth US$426.3 million on June 30.

Genting Malaysia says it will make announcements about any further material developments in due course.

The imminent return of package tours from mainland China will not only help boost Macau’s tourism businesses, but is also expected to help casinos gain more foot traffic in their mass gaming... END_OF_DOCUMENT_TOKEN_TO_BE_REPLACED