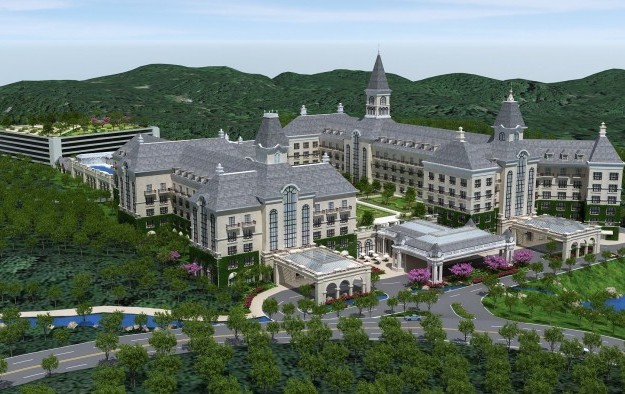 The company submitted a bid for a casino in Tuxedo, where it plans to build a US$1.5 billion property to be called Sterling Forest Resort (pictured in a rendering). The second bid is for the Resorts World Hudson Valley in Montgomery, with a price tag of US$1 billion, according to the summary of the proposal.

Among the operators vying for a licence is Caesars Entertainment Corp. The casino operator has applied to build Caesars New York, which would be a US$880 million casino resort in Woodbury, Orange County.

RW Orange County said in its bid that the Resorts World Hudson Valley project would feature a four-star hotel with 600 rooms and suites and a “casino with a wide variety of game options”.

In Tuxedo, the Sterling Forest Resort is planned to include a five-star hotel with 1,000 keys as well as “a casino with private gaming rooms catering not only for the local and regional markets but also VIP players from the U.S., Asia and the world”.

Neither of the summaries discloses more information about the respective casino component.

Both Tuxedo and Montgomery are located in Orange County. The Resorts World Hudson Valley is proposed for the Hudson Valley-Catskills region.

It added: “The large differences in initial capital investment and operating costs means that the two casino resorts can be differentiated and thus be complementary to each other…Catskills casino resort attracting more mass-market customers and Sterling Forest Resort attracting a higher price market segment.”

The Malaysian casino operator has spent a total of US$2.48 million on lobbying for casino licences in the New York State between 2012 and 2013, according to a report from the New York Public Interest Research Group.

In the proposal, Genting’s unit said it would look at ways of using its large international customer database to enhance revenue.

“If we are awarded the gaming facility licence in late fall, we will be shovel ready by the end of the year and have the fastest speed to market,” it added.

Genting’s chief executive Lim Kok Thay is involved in a third bid for a casino project in Orange County. He and his family are part owner of Empire Resorts Inc, a company proposing a US$1.1 billion casino resort in Sullivan County.