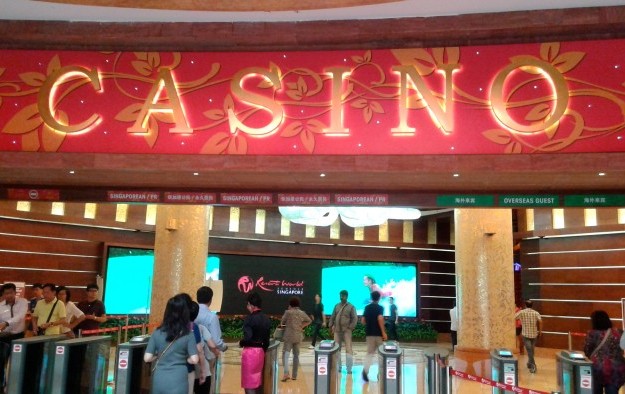 Genting Singapore Plc – developer and operator of the Resorts World Sentosa gaming resort in Singapore – has been guiding investors that it is taking steps to manage bad debt in its VIP gambling operations, said an investment analyst’s note on Thursday.

Resorts World Sentosa (pictured) had record levels of such debt in the fourth quarter, according to the same analyst. Genting Singapore reported a 30 percent year-on-year decline in net profit in the three months to December 31.

But the steps Resorts World Sentosa management is taking to improve its trading situation include reducing the amount of credit the property extends to high roller players. Resorts World Sentosa is likely in the first quarter to have lost market share in VIP roll to its only Singapore market rival, Marina Bay Sands, said the note from Maybank Kim Eng Research.

Asian VIP players typically seek to make their bets using credit. In Las Vegas only the house is authorised to extend such credit to players. In Macau either the house or a licensed junket promoter can extend VIP credit. In Singapore, both the house and licensed junket promoters known as International Market Agents are permitted to issue VIPs with credit for gambling, but Marina Bay Sands doesn’t use such agents.

Genting Singapore is yet to report on its three months of trading up to March 31.

That was based on the assumption that Resorts World Sentosa’s share of VIP volume dropped from 54 percent in the fourth quarter to 50 percent in the first quarter, on a normalised VIP win rate of 2.85 percent, and that its share of mass-market gross gaming revenue stayed at 42 percent.

“We attribute this to a 5 basis points increase in its [Marina Bay Sands's] rebate rate to 1.33 percent, which attracted more VIPs,” stated the Maybank note.

Investment analysts say that gaming tax rates can have an influence on how much casinos can pay players in incentives. Rebates to VIPs are typically paid either on the credit extended to them or on the individual player’s losses. What system is used can depend on the regulatory system of the jurisdiction concerned.

Fitch Ratings Inc said in a note in October that Singapore’s “accommodating” gaming tax was a positive for the local industry. The ratings house added the gaming tax system is fixed at current rates at least until 2022. The city-state levies 15 percent gaming tax on mass-market play and 5 percent on VIP play – plus 7 percent Goods and Services Tax in both cases, compared to Macau’s effective tax rate on gross gaming revenue of 39 percent.

The imminent return of package tours from mainland China will not only help boost Macau’s tourism businesses, but is also expected to help casinos gain more foot traffic in their mass gaming... END_OF_DOCUMENT_TOKEN_TO_BE_REPLACED