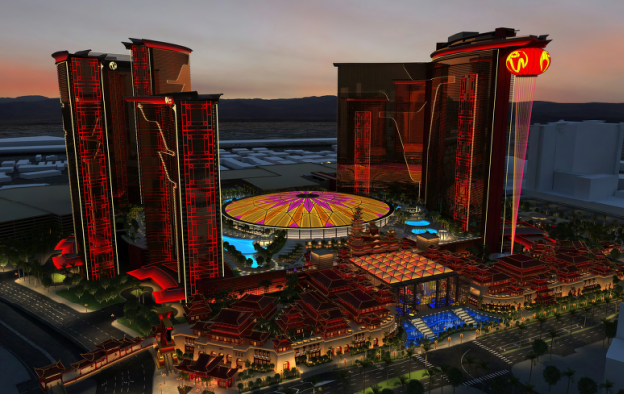 Malaysia’s casino operator last week unveiled details for the US$4 billion development of Resorts World Las Vegas, which will further increase the group’s capital expenditure (capex) over the next two years, the rating agency wrote in its credit outlook.

A first phase of the project will include a 100,000 sq ft (9,290 sq m) gambling floor, a 3,000-room hotel tower and retail space. A second phase will include more space for gambling, a convention centre and more entertainment areas.

Construction is scheduled to begin in the second half of 2014 and the project is due to be completed in 24 to 36 months, the group said. Genting bought the site from Boyd Gaming Corp in March 2013 for US$350 million.

“Projected capex includes the renovation of Resorts World Genting, Malaysia, the development of an integrated casino resort on Jeju Island in Korea, other gaming developments across the U.S. and U.K., expansion at non-gaming subsidiaries, and maintenance capex across all operations,” Moody’s said.

“Higher capex will result in negative free cash flow over the next two to three years and also threatens to weaken the group’s leverage,” it added.

Moody’s said it expects consolidated net debt/EBITDA (earnings before interest, taxes, depreciation and amortisation) to gradually rise closer to its rating Baa1 parameter of 1.0-1.5 times over the next three years from 0.3 times as of December 31, 2013, subject to equity exercises across the group.

It said Genting has outstanding warrants, exercisable over five years, that could raise up to 5.9 billion ringgits.

The Las Vegas project also entails execution risk because it is Genting’s first foray into Las Vegas, “where gaming growth has slowed in comparison to Asia and major resort development has been absent over the past decade,” Moody’s said.

The rating agency also warned that the weakened credit profile arising from the investment in Las Vegas could reduce Genting’s ability to make a bid to develop an integrated casino resort project in Japan via its 51 percent-owned subsidiary, Genting Singapore.

“But if a bid is successful, we expect the project to begin in 2016 with a sizable capex outlay that we estimate would exceed the US$5.6 billion development of Resort World Sentosa in Singapore,” it said.

It added that the scale of this project “could further stretch Genting’s leverage and prolong the period of weakened credit metrics”.

Macau’s casino gross gaming revenue (GGR) for the first five days of February is estimated at MOP1.9 billion (US$235.1 million) – or MOP380 million per day – a level that suggests a “45... END_OF_DOCUMENT_TOKEN_TO_BE_REPLACED