Get back in to Macau names: Union Gaming 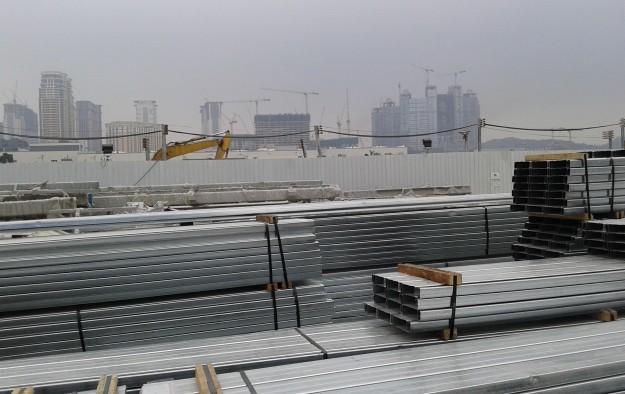 Investors should “get back in” to Macau gaming stocks, suggested a note on Monday from Union Gaming Research Macau Ltd.

“While… we might not yet have reached an operational (GGR) [gross gaming revenue] bottom, we think we’ve finally reached bottom for the stocks, which for the seven Macau names we have under coverage represents a 53 percent average decline from the January 2014 peak (and a decline of 35 percent from our June downgrade),” wrote analysts Grant Govertsen and Felicity Chiang.

They said one important factor for their call was “materially increased scrutiny” by the Macau and mainland China authorities of the VIP gambling market in Macau, that would likely soon encourage interest in the sector from overseas investors who were previously put off Macau gaming names for regulatory or due diligence reasons.

Concerns about Macau’s VIP sector have periodically been expressed by outside bodies including the U.S. Congress. Last autumn, sources close to Macau casino operator Sands China Ltd said it was ending in its properties a practice whereby players outside Macau were allowed to telephone betting instructions to a junket agent sitting at tableside in Macau. The source said at the time the move was “a continuation of Las Vegas Sands [Corp] and Sands China expanding their leadership role on compliance-related matters in general.”

Union Gaming stated on Monday: “With little exception, casino operators, junket operators, politicians, investors and industry watchers all agree that the VIP business has been permanently changed – and we would argue that it is for the better.”

The analysts added: “Much of this change is related to materially increased scrutiny of this market segment that has marginalised some of the more chequered elements of VIP (proxy betting, side betting and presumably the wagering of ill-gotten gains). While the immediate effect of this has resulted in a substantially lower VIP top line, we think the longer term effects are almost universally positive.”

The research house said that the nature of mainland China’s society and culture meant that when the government takes action – in this case on corruption and money flows into Macau – “people tend to get in line overnight”.

The analysts added: “The government(s) have taken various actions to ‘reset’ Macau, people have responded as expected/intended, a new normal has or is being reached (meaning further and significantly punitive actions are less likely) and it is now time to get back to the business of making Macau the preferred entertainment destination of China (i.e. Macau 2.0).”

Union Gaming pointed out however that risks remain, including “the potential for a full smoking ban to include VIP, and… any further incremental action taken against UnionPay transactions.

“Both of these would likely lead to declines in both GGR and in investor sentiment.”

The research house said other risks include: “1) a major junket getting carried out on a stretcher; 2) major delays/suspension of construction at a Cotai development; 3) incremental pressure exerted by Beijing in any number of ways (e.g. IVS [Individual Visit Scheme] visa restrictions); and 4) Macau slow-playing the granting of table games to a new property, although this is less relevant given that table utilisation is seemingly quite low these days.”

The “stretcher” reference is about the potential for another one of Macau’s larger junket operators to scale down operations in the city or even exit the Macau market if government pressure on the VIP segment were extended.

Union Gaming stated in a separate note on Monday that Louis XIII Holdings Ltd, developer of a boutique casino called Casino Louis XIII on Cotai in Macau, was now fully funded as the result of a recent placing of the equivalent of US$280-million worth of shares.

The research team said total capital available to the project now stood at approximately HKD10.45 billion (US$1.4 billion), including HKD6.4 billion raised in equity, construction financing of HKD3.05 billion and a working capital facility of HKD1 billion. Union Gaming added that the reason for an increase in the design budget was the need for the new resort to compete in the premium mass table gaming segment, which is now being pursued strongly by all licensed operators in Macau. Casino Louis XIII is expected to open in mid-2016.

The project is expected to use the gaming licence of an existing operator under what is known in Macau as a service agreement. But the developer has not so far said which one.

Union Gaming said in its note: “The billion dollar question is: what happens if Louis XIII does not get an allocation of table games? While we remain confident that Louis XIII will, indeed, receive a block of table games, there are two obvious paths to follow should a table grant not be forthcoming: 1. Rent tables 2. Sell the property.”

The research house added: “We believe that an agreement could be reached with some number of operators whereby Louis XIII would rent table games in exchange for a fixed fee.”