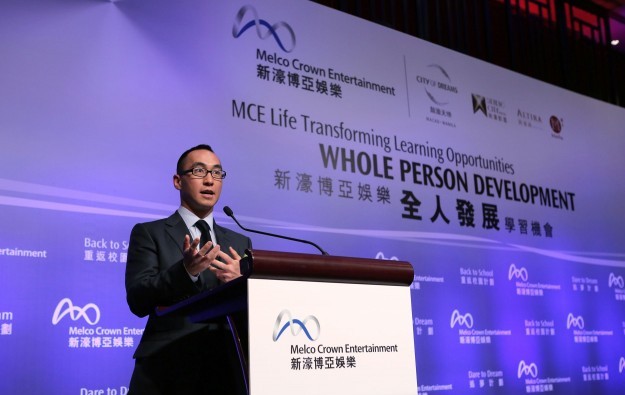 “As the [Macau] Secretary for Finance said, this [GGR monthly tally] is kind of right at the level where the [Macau] government might need to look at austerity measures, which would be less than ideal,” Mr Ho told reporters on Thursday, according to Macau public broadcaster TDM.

“If the government is looking at austerity measures, maybe a lot of other businesses – including gaming operators – will have to look at it as well,” he added. He did not say what those cost-cutting measures could be, according to media reports.

Macau’s aggregate GGR for the first six months of 2015 stands 37.0 percent lower than in the same period in 2014, at about MOP121.65 billion (US$15.2 billion). Casino GGR has fallen for 13 consecutive months when judged year-on-year. July gaming revenue is tracking for a 35-percent drop from the prior-year month, according to investment analysts.

In June, Macau’s Secretary for Economy and Finance, Lionel Leong Vai Tac, said that if the average GGR monthly tally stays above MOP20 billion there would be no need for austerity measures in the public sector.

Mr Leong however warned that if casino revenue falls below MOP18 billion this month, the government would have to consider such spending cuts. That was on the basis that such a tally for July would push the average monthly GGR for the first seven months of 2015 to below the MOP20 billion threshold.

“People now have got used to the fact that we [as an industry] don’t grow all the time and I think that is the most important thing for us to come across with,” the executive said on Thursday, quoted by TDM.

“Now that we are used to it and we are obviously learning to live with it – this new standard – we can continue to grow and develop Macau from here, which will be stronger in the future,” Mr Bowie added.

Melco Crown, which operates casinos in Macau and the Philippines, is preparing to open the Hollywood-inspired, US$3.2-billion Studio City casino resort later this year in Macau’s Cotai district. Mr Ho said he is confident the property will perform well, even during a downturn in the market.

“We opened City of Dreams [on Cotai] in June 2009, right in the middle of the global financial crisis. I think we’ve come to get used to the fact that we open our mega-properties during downturns. I’m confident on the attractions that we’re introducing to the market – it’s something that’s truly never been done before,” Melco Crown’s CEO told reporters.

The executive said the opening date for Studio City should be revealed soon. The company has said before that it expected to open the property during the third quarter of 2015.

Thirty employees from MGM China were recognised for their achievement. They had completed either the firm’s ‘Management Associate Programme’ or the ‘PRIDE Programme’.The latter aims to aid career advancement for existing team members. Both programmes are designed “to offer local talents intensive development courses at MGM Macau, paired with cross-training experience at MGM Resorts International’s properties in Las Vegas,” the firm said in a press release.

“We are very proud of our graduates from these two pioneering classes as these programmes are designed to give them the best possible training and enhance the careers of our local talents,” Mr Bowie said in a prepared statement. “We are confident that the people of Macau have the ability to take on more challenging roles, and the fast improving skills of our team will allow them to take on any executive role of international standing in the future,” he added.

Melco Crown held a ceremony marking the completion of two of its programmes – ‘Back to School’ and ‘Dare to Dream’. Under the first programme, six employees have been awarded a high school diploma, while under the second programme, the company honoured one winner under the Zaha Hadid Design Competition. It challenged Macau architecture students to design a villa in a landscaped setting. The competition is named after an award-winning Iraqi-British architect who has designed the tower for the fourth hotel at City of Dreams Macau. It is currently under construction.

Melco Crown’s programmes “have been built to enhance personal, professional and lifelong learning, with an aim to transform employees’ lives,” the firm said in a press release.

“We have always put emphasis on developing our colleagues and helping them reach their full potential. At the same time, we are also committed to inculcate interests in arts and culture in Macau,” Mr Ho said in the release.