GGR recovery to start in 2H2015 at earliest: Macau govt 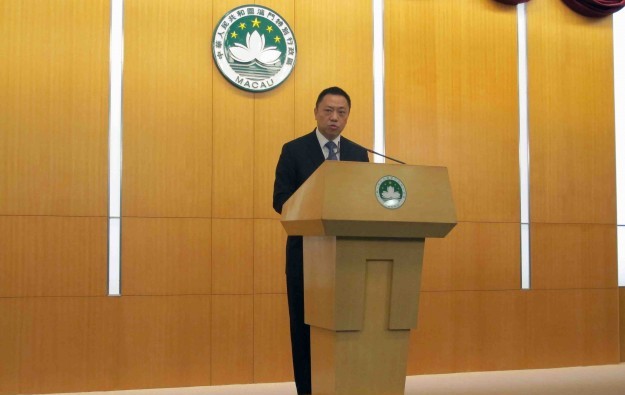 Macau’s Secretary for Economy and Finance Lionel Leong Vai Tac (pictured) on Friday said that the city’s casino gross gaming revenue (GGR) was unlikely to return to year-on-year expansion until the second half of 2015.

He called the ongoing downturn “an adjustment period”.

Mr Leong said the GGR decline was “positive” as it could give the industry breathing room to promote a more sustainable development model for the long run.

“Because we are now facing an adjustment period in the gaming sector, we don’t expect casino revenue for the first two quarters of 2015 to be similar to the same prior-year period,” Mr Leong said in comments broadcast by Radio Macau.

He added that growth could return in the second half of 2015, triggered by the opening of new casino developments on Cotai. Still, Mr Leong called for “prudent” expectations.

Mr Leong declined to provide estimates for GGR performance in 2015.

Monthly GGR in Macau has been decreasing since June as measured in year-on-year terms. Full-2014 casino revenue fell 2.6 percent compared to 2013, according to data disclosed by the local regulator, the Gaming Inspection and Coordination Bureau.

Several analysts expect the decline to continue at least during the first half of 2015. A number have linked it to mainland China’s ongoing anti-corruption drive and economic factors including a soft Chinese housing market that has reduced the amount of credit available for gambling.