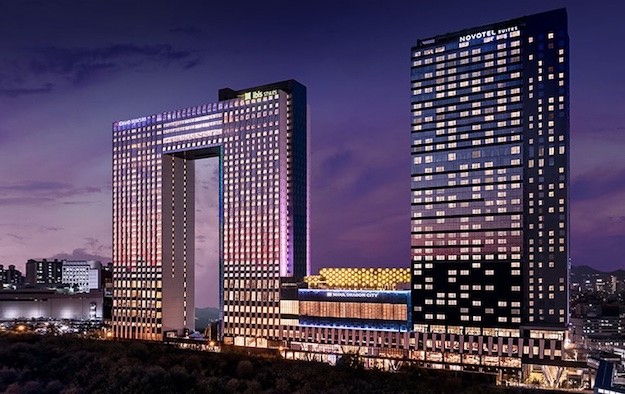 Grand Korea Leisure Co Ltd (GKL), a South Korean operator of three foreigner-only casinos under the Seven Luck brand, confirmed on Tuesday it would relocate its gaming venue currently at the Millennium Hilton Seoul hotel in Gangbuk in the country’s capital, to Seoul Dragon City Hotelplex, by “January 1, 2023”, according a GKL filing to the Korea Exchange on Tuesday.

The announcement followed a GKL board meeting that day. The alternative site, better known as Seoul Dragon City (pictured), also in the capital, is run by another listed firm, Seobu T&D Co Ltd.

The Millennium Hilton Seoul hotel’s current owner, Singapore-listed City Developments Ltd (CDL) had agreed disposal of that property and the site, to South Korea-listed IGIS Asset Management (IGIS) on December 10, for KRW1.1 trillion (US$926.5 million), according to a spokesperson at IGIS in response to an earlier telephone enquiry from GGRAsia.

The person had added that IGIS would settle the consideration within the first quarter of 2022, and that IGIS would demolish the hotel building for redevelopment, after terminating operation of the Millennium Hilton Seoul on December 31, 2022.

The possible disposal of the Gangbuk site had been reported in May.

GKL went through a public bidding process regarding the Seoul Dragon City site between September 30 and November 10. The firms began talks on a lease contract on December 3.

GKL is a subsidiary of the Korea Tourism Organization, which in turn is affiliated to the Ministry of Culture, Sports and Tourism. GKL’s other gaming venues in South Korea are Gangnam COEX in Seoul, and the Busan Lotte casino venue in the port city of Busan.

An article in Macau’s draft new gaming law, to create a mechanism to dissolve an existing gaming concession in the event it was not granted a new licence after the current six concessions... END_OF_DOCUMENT_TOKEN_TO_BE_REPLACED