GKL will not apply for new IR licence: reports 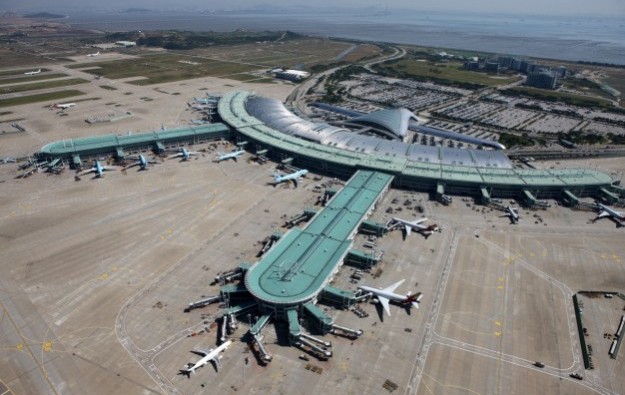 Grand Korea Leisure Co Ltd (GKL), a state-controlled South Korean casino operator, says it will not apply for a casino licence for land it had earmarked for resort development near Incheon International Airport (pictured).

“We have made the decision considering the shrunken demand from Chinese customers. Also, attempts to form a consortium fell through,” reported the country’s official Yonhap News Agency, quoting what it said was a senior official of the firm speaking on the condition of anonymity.

Union Gaming Securities Asia Ltd said in a note on Tuesday that the reported decision was significant regarding a request for proposal (RFP) process – due to close on November 27 – that was expected to lead to the expansion of the country’s casino industry. Under the RFP process, being held by South Korea’s Ministry of Culture, Sports and Tourism, the country’s government is poised to issue up to two new licences for so-called integrated resorts, each requiring a capital commitment equal to US$850 million. That sum must include US$500 million from a foreign investment partner. It had been reported in August that the competition had been slimmed to nine contenders for up to two permits.

“Given the direct link between GKL and the organisation conducting the RFP, along with Korean home field advantage, we would have expected GKL to have practically been guaranteed one of the two IR licences up for grabs,” wrote Union Gaming analyst Grant Govertsen.

The institution noted that the Korea Tourism Organization holds 51 percent of GKL’s shares and that the tourism body is an affiliate of the country’s Ministry of Culture, Sports and Tourism.

“The company filed officially on November 11 that it would discontinue the internal project to build a new integrated resort (IR) near Incheon International Airport due to the unfavourable business environment,” said a note on Tuesday from Thomas Y. Kwon, an analyst at Daiwa Securities Capital Markets Korea Co Ltd.

GKL confirmed in a filing in June that it had signed an agreement with the operator of South Korea’s main international airport at Incheon near the country’s capital Seoul, for use of land to build a new foreigners-only casino resort.

Several analysts have highlighted the risk of any casino business model relying on Chinese gamblers during the current economic and policy adjustments that China is undergoing.

“The 16 existing foreigners-only casinos in South Korea (of which GKL had a 39 percent GGR share in 2014) are being battered by the same trends impacting Macau, although with a potentially less-rosy future given a much heavier reliance on VIP players than Macau,” said Union Gaming’s Mr Govertsen in his Tuesday note, referring initially to GKL’s domestic share of foreigners-only-only casino gross gaming revenue.

“GKL pulling out of the RFP calls into question whether adequate returns can be generated,” added Union Gaming.

GKL – which currently operates three foreigners-only casinos in South Korea under the Seven Luck brand – saw its net income fall 41.5 percent year-on-year in the third quarter, the firm said in a filing to the Korea Exchange on Tuesday. Daiwa noted the company had seen a significant decline in the three months to September 30 in the number of its VIP gamblers.

International casino operator Las Vegas Sands Corp has been ranked as the most sustainable firm in the global casino sector, according to the 2023 edition of the S&P Global Sustainability... END_OF_DOCUMENT_TOKEN_TO_BE_REPLACED