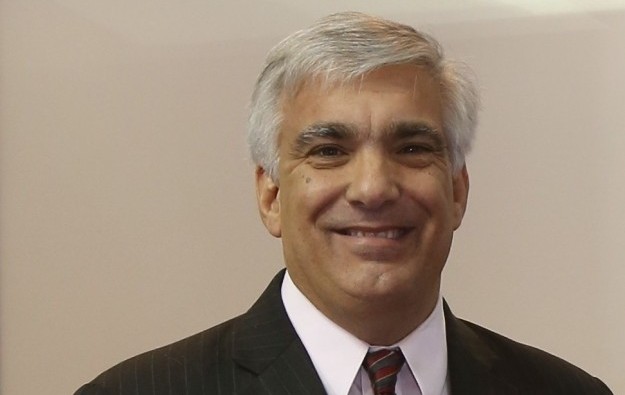 The company – one of the largest international independent providers of testing, inspection and certification services to the gaming, wagering and lottery industries – is celebrating its 25th anniversary this year and has plans for more offices in Asia.

“We see growth throughout Asia,” Mr Maida told GGRAsia in an exclusive interview. “We think South America and Asia are the two largest growth areas right now in the world.”

GLI opened its first Asian gaming testing facility in Macau in 2006. The company expanded it to a full-service testing laboratory in 2009. GLI also has an office in the Philippines.

“You will see us open a few more offices in Asia over the next five years,” said Mr Maida. “I am not really prepared to say today where they will be. It depends on where the hot spots will be.”

“We also do work in [South] Korea,” Mr Maida added. “Obviously Japan is just starting and we are waiting to see how legislation progresses. There are many other Asian countries that are introducing mainstream gaming regulation.”

He forecast business from international markets would become increasingly important for GLI. Mr Maida estimated that currently around three quarters of the company’s revenue comes from North America. Privately owned GLI does not publicly release its financial results.

“We run GLI in an extremely conservative way,” Mr Maida said. “As we are privately held, we are able to do things with a five- and 10-year horizon rather that worrying about investors wanting a quick return.”

Mr Maida and executive vice-president Paul Magno established GLI in 1989. They had both worked previously for the New Jersey Division of Gaming Enforcement, that state’s gaming regulator.

Nevada and New Jersey were the only two U.S. states where casino gaming was legal at the time. Both had state-owned testing facilities, but these were having problems keeping up with the number of submissions.

“There was no standardisation amongst any gaming commission or any place where there was gambling,” Mr Maida recollected. “One of the things that we did think was: ‘We really need to get this standardised, otherwise the industry will spend too much money, too much time, too much effort and that will actually slow down the introduction of new content’.”

GLI has since developed several global technical standards applying to a wide array of sectors within the gaming industry. Many of them are recognised and adopted by jurisdictions around the world.

The company has also developed ways to make testing and certification more convenient to suppliers and operators. “Our tools are really borne out of necessity… to save suppliers time and money, and get them into market quicker,” Mr Maida told GGRAsia.

“Think about our GLI Link product – that is a patented technology that allows device testing against systems from any of GLI’s global locations, so that they don’t have to ship their devices across the ocean [to another GLI office].”

Mr Maida admitted he was not expecting GLI could grow from one location and two people in 1989 to 21 laboratory locations spread across the world and a team of around 800 employees 25 years later.

“It has truly become a global marketplace for testing. We have to do it on every continent,” he said.

‘Ahead of the curve’

One of the challenges GLI faces today is the “sheer volume of content that is being created and the rate at which it is being created,” Mr Maida noted. “We certified more than 130,000 products last year globally.”

He added: “If a product doesn’t have any problem, our general turnaround time is between 15 and 22 days. But we do a lot of things faster than that.”

GLI’s work often includes testing and certifying brand new technologies. “We spend a lot of money training our staff so that they can keep up with the latest trends,” Mr Maida stressed.

“Another thing is we have a team of people who fly around the world and meet with suppliers on a very regular basis, between four and six times a year. We sample and take a look at all their newest ideas as they are coming up. Some of these won’t be public for the next couple of years, but we have sort of seen them in the very early stages of development so that we can think about how it is that we are going to test things.”

He added: “We keep ahead of the curve that way.”

One of the new areas is online gaming, a sector for which GLI also offers testing. The company acquired in 2010 Canada’s Technical Systems Testing, a firm focused on that market.

“There is a lot more concern about network security [in online gaming]. Also the changes on online sites happen very quickly – we must keep up,” Mr Maida said.

“Land-based gaming is slightly different. It is more a box-based type of testing, and testing software that is inside the box, versus testing online gaming, where software is on servers,” he noted.

But Mr Maida added that increasingly ties are being created between both worlds, as casino slots feature “large amounts of connectivity and networking interfacing – there are a lot of security issues that we have to think about”.

“Ten or 15 years ago, we did see the beginning of the convergence between the lottery and the gaming business, whether it is video lottery terminals and slot machines, or gambling at racetracks and gambling at casinos, or the distribution of electronic scratch tickets over a network. Lotteries are doing more and more traditional gaming,” Mr Maida said. “Lotteries across the world are getting into areas where they need GLI’s assistance.”

“Forensics are very important and that is why it is essential to get an independent party to do it. People need to be assured that a government is just not arbitrarily denying jackpots or that the casinos are arbitrarily not paying,” Mr Maida said.

“We do a tremendous number of these, called on by governments all over the world, even for governments for which we haven’t worked before.”

Looking ahead, Mr Maida forecast mobile and online gaming will continue to grow, while skill-based gaming will become more popular.

“Any game content that is coming into the market is going to have some sort of appeal to younger people. And younger people like to play against other people, and they like to be social,” he said.

One think is sure: despite his company’s successful growth, Mr Maida has no plans for retirement yet.

“I enjoy what I do,” he said. “I am really energised by the progress that we have made. I am good for another 25 years.”

A Macau court was told on Wednesday that Asian American Entertainment Corp Ltd (AAEC), led by Taiwan businessman Marshall Hao Shi-sheng, was to blame for its failed tie-up with United States-based... END_OF_DOCUMENT_TOKEN_TO_BE_REPLACED