GLI doubling capacity at two of its Australian offices 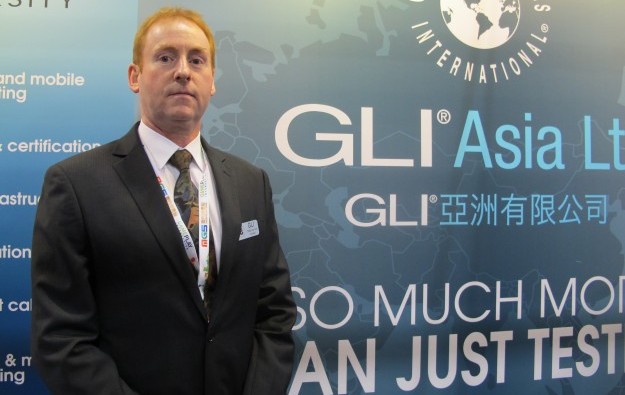 Gaming testing specialist and technical consultancy firm Gaming Laboratories International LLC (GLI) says the expansion of two of its facilities in Australia – in Adelaide and Sydney – is “ongoing” as the firm strives to serve the Asia Pacific region.

Once the expansion is complete it will “nearly double [the] capacity that they had before,” said Phil Harrison (pictured), senior manager regulator development, compliance and quality assurance for GLI Australia.

“This is to cope with the growing demand for testing for Australia, New Zealand and in Asian markets,” Mr Harrison told GGRAsia on Wednesday.

GLI currently has three labs in Australia and one in Macau.

Mr Harrison said the company has been paying attention to emerging gaming markets in the Asia Pacific region, which could include Japan, South Korea, Saipan, Cambodia and possibly Taiwan.

“Our expectation is that we are connected and informed of the markets as they are developing, so [that] we are aware of the policies that they’re developing within the regulators. That enables us to be ready for those markets when they become regulated and require independent testing,” Mr Harrison said.

He was speaking during the Macao Gaming Show. The three-day event, taking place at Venetian Macao, runs until Thursday afternoon.

Mr Harrison said the Macao Gaming Show showcases some “high-quality, very innovative products” coming from regional manufacturers. “Many of the smaller manufacturers and systems providers are preparing some very good products,” he noted.

There is “a lot of new companies that are starting in countries in Asia such as Taiwan, Japan, [South] Korea and the Philippines,” said Mr Harrison. “We’re here [at MGS] to provide them with information, answer questions and to offer the services that they need to get their products certified for those markets,” he added.

Among GLI’s strengths is the capacity to offer a “unified testing environment around the world,” said the executive.

“Our testing environment records all the test results for the product and if they move their product for another market, we can reuse that testing [data] and only [newly] test the specific issues that [are] remaining for that market,” he explained.

Mr Harrison said that this kind of approach saves time and money, while improving consistency through the testing.

GLI is committed to maintaining its presence in Asia in order to “work with local companies in their language” and in the same time zone, Mr Harrison added.

The company regularly provides consultancy services to governments in Asia. It has an office in the Philippines, where it recently assisted the country’s gaming regulator in developing the nation’s first full set of technical standards for electronic gaming machines (EGMs).

In Macau, GLI is still dealing with the retesting of EGMs that have to comply with the updated technical standards. Macau’s gaming regulator, the Gaming Inspection and Coordination Bureau, last year issued version 1.1 of the city’s EGM technical requirements.

“All the manufacturers need to submit the machine for retesting,” GLI Asia’s test engineer Ben Leong told GGRAsia at MGS. “It’s a huge task for all manufacturers to renew their machines,” he added.