GLP to open outlet by Michelin-starred chef on Nov 18 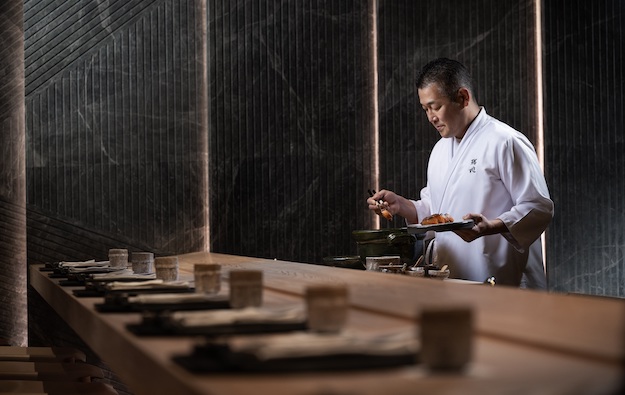 Casino resort Grand Lisboa Palace (GLP) is to open on November 18 a branch of Hong Kong-based Japanese kappo restaurant Zuicho. The original outlet in Hong Kong was awarded one Michelin star in its first year of operation in 2021, according to a Monday press release from the Macau resort.

The culinary team at Zuicho at Grand Lisboa Palace is to be led by head chef Yoshinori Kinomoto (pictured), “an Osakan native with over 28 years of experience in Japanese cuisine,” it added.

Kappo is described as a multi-course meal that is left entirely up to the chef. Kappo simply means ‘to cut and to cook’, an all-encompassing word for a less formal cuisine.

“By meticulously selecting the freshest premium ingredients flown in directly from Japan, Zuicho guarantees only the most exquisite omakase kappo experience,” it added.

The decision by the Macau government to grant fresh 10-year licences to each of the city’s six incumbent casino operators has been welcome by top management at those firms. Each of the concessions... END_OF_DOCUMENT_TOKEN_TO_BE_REPLACED