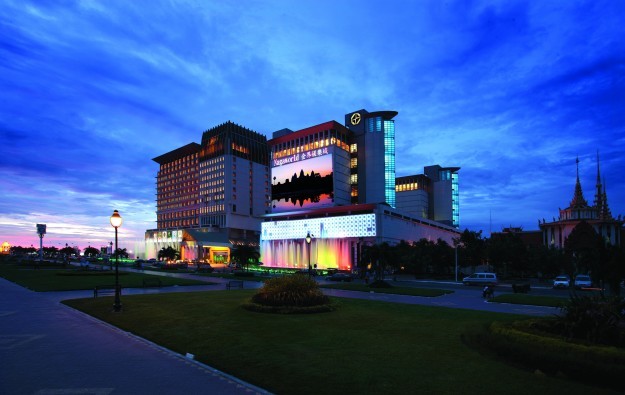 Analysts say that the recent Kimren incident – where a sub-junket working out of Melco Crown Entertainment Ltd’s Altira, MGM China Holdings Ltd’s MGM Macau and Galaxy Entertainment Group Ltd’s StarWorld – allegedly decamped with HK$8 billion (US$1.03 billion), could be a sign of the intensifying competition in Macau’s junket system.

On previous occasions when the market has taken big hits with either credit going bad or agents allegedly running off with the money, it has usually coincided with price wars on rolling chip commission or revenue share. Now a new element has been thrown into the mix, via the apparent tightening of cross border money movement as represented by the crackdown on UnionPay portable card readers that record transactions as taking place on the mainland rather than in Macau.

With Macau junket consolidators currently working on tens of basis points of margin in order to provide incentives for some of their bigger junket and sub-junket partners, the VIP sector is increasingly looking at other regional opportunities to host high rollers – ones that offer a lower tax burden (thus providing greater opportunities for player re-investment and profit) and possibly less intense regulatory scrutiny of the players and their money than is currently being imposed by China on its bigger earners.

Some Macau operators are currently even kicking the tyres on would-be casino resorts in the middle of the Pacific Ocean. Amax Holdings Ltd said in a filing to the Hong Kong Stock Exchange in late March that it intended to purchase a stake in a company interested in running a gaming business in the Republic of Vanuatu.

Nagaworld – the Phnom Penh casino resort operated by Hong Kong-listed NagaCorp Ltd – in its turn seems to be benefiting from another phenomenon – the moribund state of the Singapore high roller market and the tough rules imposed by the Lion City on the International Market Agents licensed by the Casino Regulatory Authority.

In recent years NagaWorld has been repositioning itself from what even its parent company’s chairman Tim McNally refers to as “poor man’s VIP”, to an attractive niche product for junket operators looking for more attractive deals with casino operators on player reinvestment – one of the elements that can make high rollers come back for more.

That lower roller segment – with table limits of up to US$150,000 – are increasingly finding themselves bumped down the pecking order in Macau as operators look to boost yield from a growing player base in the premium mass segment, at a time of virtually static table inventory.

“Historically we said we were a poor man’s VIP. After 2009 we suspended giving money to junkets except on an exceptional basis,” he explains.

Mr McNally says it’s possible that regionally casinos in Southeast Asian markets might benefit from some of the tough competition in Macau.

“We might see a little bit of a drift of junkets, as we have tried to give them greater incentives to bring their players over to Naga,” he suggests.

“We operate about five or six junket agreements now, primarily with some groups up in Malaysia. It’s to cater to higher-end play, and obviously we want more aggressive players with more risk appetite.

“We still have our traditional VIP business on a [rolling chip] commission basis at 1.5 percent but that is lower end play, and we don’t extend a lot of costs in terms of airplanes, hotels, etc. But we also offer a split in terms of revenue that’s very favourable for the junket operators, because we want to increase the rolling obviously.”

The low tax burden in Cambodia is a key element in encouraging player reinvestment both by the junkets and by Naga says Mr McNally.

“We don’t have a GGR [gross gaming revenue] tax like Macau. We pay a flat tax that’s based on everything from the number of gaming machines to the tables that you operate. We pay a flat tax of around US$500,000 [HK$3.9 million] a month.

“It’s adjusted upward each year by around 11 percent. But we’re still dealing with a much lower tax rate effectively than Macau or Singapore. Our effective tax rate is only three percent right now. That’s what it would be if it were expressed as a GGR tax like in Macau.”

The disadvantage of a flat tax system is that if you have a bad quarter or even a bad year, the tax burden remains the same.

“The flat tax goes up every year, regardless of whether we have a down year,” explains Tim McNally.

“The flat tax has been adjusted upwards by about 10.5 percent each year. Fortunately we’ve been growing our business at the same time.

“We are still a much smaller operator [than those in Macau]. We don’t have the same volume. Our emphasis and priority is still to grow the mass market, but we also offer a competitive, robust, junket programme. Junket operators who would like to bring in the bigger players are provided with incentives in terms of revenue sharing – we call it an incentive percentage. We share costs [with the junkets as well]. But then we also expect them [junkets] to cover food costs for their players. The junkets are still handling the credit end of things. But if we have an agreement in place, and their track record looks good, we may extend some credit – but we don’t have that kind of high-end risk play that you would find in Macau, because we just don’t have the volume.”

The stock prices of Hong Kong-listed firms directly linked to Macau casino operations rose in Monday trading, following the Saturday announcement that the six incumbent licensees had each been... END_OF_DOCUMENT_TOKEN_TO_BE_REPLACED