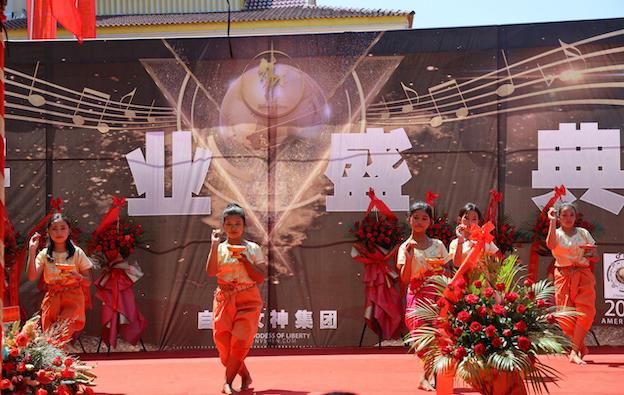 A new casino venue – Goddess of Liberty Hotel and Casino – was officially opened on Wednesday in Sihanoukville, Cambodia. The opening ceremony (pictured) was attended by several government officials, according to a release available in the official website of that country’s Ministry of Interior.

The available media reports did not provide detail on the size of the casino operation and the offering of non-gaming facilities. Previous information mentioned an investment of US$100 million and a five-star hotel.

The Cambodian seaside town of Sihanoukville is an expanding gaming hub in Cambodia. While much media attention has been paid recently to the issue of casino streaming services based in that location – allegedly aimed at Chinese customers offshore – Sihanoukville also boasts a number of bricks and mortar casino projects; many of those have been linked in stock market filings and media reports with Chinese investment.

The authorities in Cambodia granted 13 casino licences in the first four months of this year, the Khmer Times reported in June. The Cambodian newspaper quoted at the time an official in the Ministry of Finance in Phnom Penh, Ros Phearun, as saying the authorities had by then granted a total of 163 casino licences country-wide. Mr Phearun said 91 of the licences were for casinos in the province of Preah Sihanouk, where Sihanoukville is located.

Some Macau casinos visited by GGRAsia on Thursday, actually had tables that were closed, notwithstanding strong consumer demand during Chinese New Year (CNY). The reasons for some tables being... END_OF_DOCUMENT_TOKEN_TO_BE_REPLACED