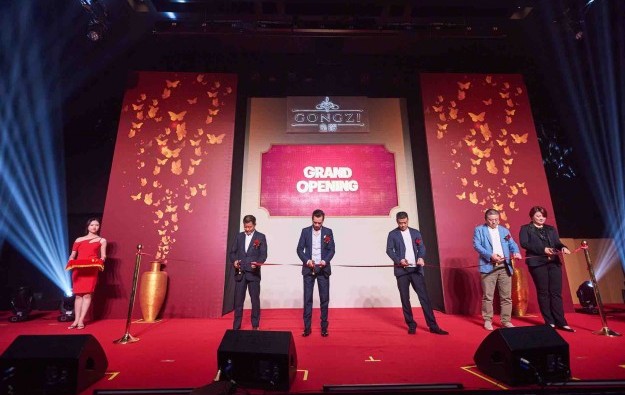 The official opening of Gongzi Jeju Casino (pictured), a property on the South Korean holiday island of Jeju, took place on July 16, the management confirmed in a Tuesday press release.

It has actually been open since April 28, when the casino had what management termed a “pre-launch“, following a period of renovation.

The foreigner-only casino facility – within the Ramada Plaza Jeju Hotel complex – covers 40,000 square feet (3,716 sq metres) according to the release, and has 45 gaming tables and 24 slot machines. A gaming space previously operated at the site carried the branding Ramada Plaza Jeju Casino.

Lysa Evans, chief operating officer of Gongzi Jeju, was quoted saying in Tuesday’s press release: “We have brought to Jeju all the latest gaming technologies and gaming integrity parallel to Macau, Singapore and other world class gaming destinations.”

She added: “[The casino] owner’s vision was to create a gaming experience in a location that was accessible, with fantastic natural scenery and relaxing entertainment.”

According to the release, transfer time is 10 minutes by car from Jeju International Airport to the Gongzi Jeju Casino. Air Macau currently operates a charter service to Jeju.

The website of Ramada Plaza Jeju Hotel said the property had been “founded and financed by the Korean Teachers’ Credit Union” under a franchise agreement with Ramada, a hotel chain brand owned by international hotel group Wyndham Worldwide Corp. The 10-level Ramada Plaza Jeju Hotel – including an underground floor – was opened in July 2003, with 400 hotel rooms.

Jeju Island – a semi-autonomous South Korean province already home to a number of casinos, all for foreigners only – has recently attracted a lot of new investment in gaming-related projects.

Another casino hotel complex there that had its initial-phase opening recently was Jeju Shinhwa World. It was developed and is operated by mainland Chinese real estate firm Landing International Development Ltd.