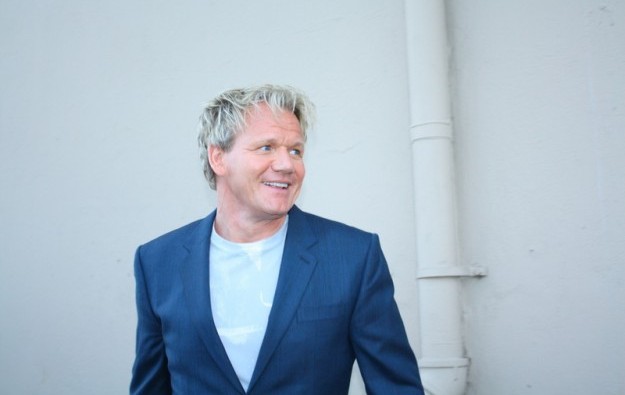 After setting up food businesses in Hong Kong and Singapore, celebrity chef Gordon Ramsay (pictured) is planning to expand his business to Macau.

Gordon Ramsay Holdings Ltd is seeking to lodge the trademark “Gordon Ramsay” and “Bread Street Kitchen” in Macau, according to the government’s Official Gazette on Monday.

The expansion to Macau is likely to be done in partnership with Las Vegas Sands Corp, the parent of Macau-based casino operator Sands China Ltd.

The firm is partnering with Chef Ramsay to launch the Bread Street Kitchen at Marina Bay Sands in Singapore next year.

That is expected to be Chef Ramsay’s second restaurant in Asia. The Scottish chef launched last month his first restaurant in the region, in Hong Kong’s Lan Kwai Fong.

Chef Ramsay told Hong Kong newspaper South China Morning Post last month that he plans to open an eatery in Macau in 2015. His company had said earlier it was in final discussions with Las Vegas Sands regarding potential opportunities in Asia, including Macau.

“Sands China is always looking at enhancing guest experience by introducing new offerings and we have been in talks with various celebrity chefs,” the casino operator told GGRAsia in June. “Details will be announced when appropriate,” the company added.

Singapore has the potential to be a “top choice” for Chinese outbound travellers, once the country reopens and eases travel restrictions associated with the Covid-19 pandemic, suggested... END_OF_DOCUMENT_TOKEN_TO_BE_REPLACED