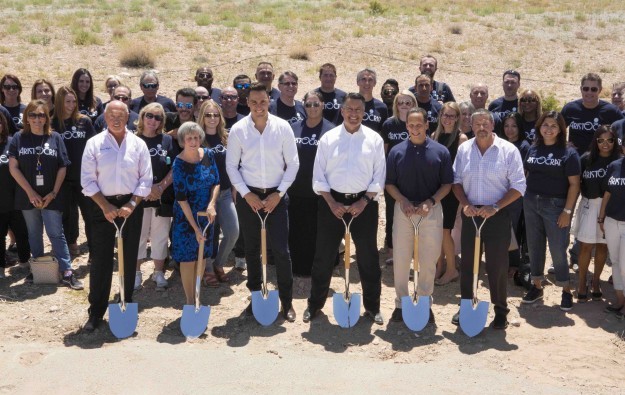 Aristocrat’s new campus will consist of two, three-storey buildings and house more than 600 employees, according to a press release issued after the ceremony. The site will be a base for serving casinos in the commercial sector across North America, Latin America and the Caribbean.

In a June 13 press statement previewing the ground breaking, Aristocrat Technologies said the new campus at Summerlin on the western outskirts of Las Vegas would consolidate the Las Vegas-based workforce on one site and should be ready by late 2018.

Only two of Macau’s 18 satellite casinos – the Rio Casino and the President Casino – have closed amid changes to the city’s regulatory system for such properties, and against... END_OF_DOCUMENT_TOKEN_TO_BE_REPLACED