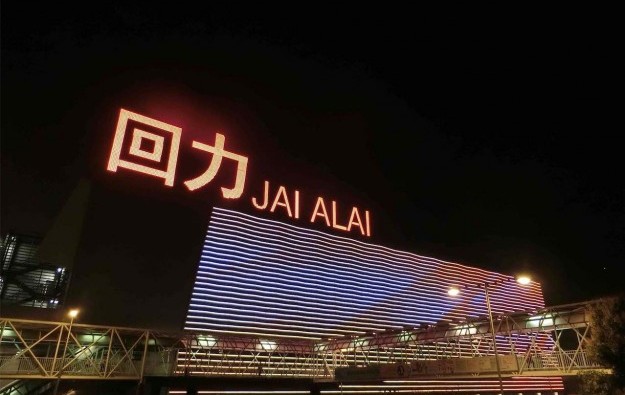 Until the new plans are received, Macao Government Tourism Office (MGTO), the body responsible for authorising hotel operations in the city, cannot give the accommodation the green light for paying guests, according to an emailed reply from MGTO received by GGRAsia.

The hotel’s external structure is completed, but the hotel licence is currently deemed suspended pending completion of what were termed by MGTO as “renovation” and “additional works” at the property.

MGTO noted that the renovation work did not involve upgrade of the property to a higher-tier hotel.

“The licence holder has applied to the [MGTO] office for making changes to its facilities, in June 2016. The office then notified the licence holder of the matters that needed to be amended for the works, in December 2016, but the office has not yet received any related floor plans,” MGTO said in the email reply to GGRAsia.

“The [Jai Alai] hotel licence holder only applied to make changes to the facilities of the property, but it has not applied to re-evaluate the grading of the hotel or upgrade its tier,” MGTO additionally said.

“The operation of the hotel is still in suspension,” MGTO further noted.

SJM Holdings reopened in December the completely remodelled casino area in the Jai Alai complex, the firm has said in previous commentary. The casino relaunched with 35 mass gaming tables, according to the firm’s annual report for 2016.

In the same report, SJM Holdings noted that it would open Hotel Jai Alai “later in 2017”. The hotel – next to the firm’s Casino Oceanus on Macau peninsula near the Outer Harbour Ferry Terminal – has a total of 132 rooms, plus restaurants and shops.

Part of the retail area at Jai Alai complex, branded as “Jai Alai Avenue”, opened on April 25, according to the firm’s press release. Jai Alai Avenue, comprising 30,000 square feet (2,788 sq metres), is a retail area for the sales of cosmetics and fragrances.