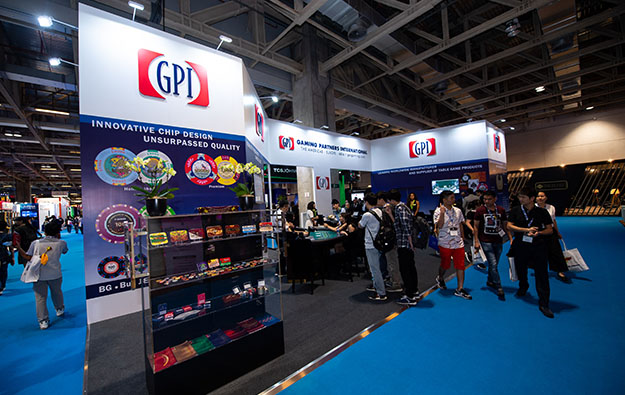 Casino currency and table gaming equipment supplier Gaming Partners International Corp (GPI) posted net income of US$2.5 million for the three months ended June 30, compared to a profit of US$49,000 a year earlier.

GPI reported revenue of approximately US$24.7 million for the second quarter of 2018, up 51.6 percent from the prior-year period, boosted by improvement in sales in the Asia-Pacific region.

“The increase in our revenues and net income… was primarily due to an increase in casino currency sales, table accessories and furniture, partially offset by an increase in research and development expenses,” the Nasdaq-listed company said in a filing on Friday.

GPI said research and development expenses for the three months ended June 30 increased by US$0.7 million, or 198.9 percent compared to the same period in 2017, to US$1.0 million. “The increase is mainly due to payments made to BrainChip Holdings Ltd and Xuvi LLC for achieving certain milestones in our global licensing and development agreements,” the firm stated.

In late January, GPI announced global licensing and development agreements with BrainChip and Xuvi regarding joint development of products “to provide a table management solution that would combine visioning technology and immersive data analytics with our RFID technology”.

GPI’s initial commitment to BrainChip and Xuvi totalled US$1.3 million. “Due to positive customer response, we plan to commit a minimum of US$0.5 million in the second half of the year to develop product enhancements and speed up product development,” GPI said in its Friday filing.

The firm’s first quarter net sales in the geographical area of Asia Pacific were approximately US$6.8 million, compared to less than US$2.1 million in the prior-year period.

GPI said additionally that it had a backlog of signed orders through June 30, 2019 of US$21.5 million, including US$6.9 million for GPI Asia Ltd. Macau-based GPI Asia distributes GPI’s casino currencies, playing cards, and other table accessories in the Asia-Pacific region.

“We anticipate winning additional business, particularly in the Asia market due to the number of planned casino openings and expansions in the region,” GPI stated in its Friday filing. “However, there is always uncertainty surrounding the timing of casino openings and the number of tables to be allotted to each new casino, which will impact both the amount of revenue we recognise and the timing of revenue recognition.”

In its latest filing, the firm also commented on the performance of its playing card segment: revenue stood at less than US$6.1 million for the second quarter, down by 1.6 percent in year-on-year terms.

“In prior quarters we reported we had made progress in resolving difficulties arising from the rapid expansion of our playing cards manufacturing facility in Blue Springs, Missouri [in the United States],” the firm said. “It was our belief margins had stabilised and would improve over time. However, the first six months of 2018 were disappointing, as lower revenue and higher fixed costs reduced margins and profitability,” GPI added.

The firm said it would continue to work to remedy the issues at the facility. “However, it may be several quarters before we return to acceptable levels of performance and profitability,” it warned.

GPI announced earlier this month that Gregory Gronau had resigned from his position as company chief executive. The firm said at the time the resignation was “for personal reasons, and not a result of any disagreement with the company or its management”.

Singapore has the potential to be a “top choice” for Chinese outbound travellers, once the country reopens and eases travel restrictions associated with the Covid-19 pandemic, suggested... END_OF_DOCUMENT_TOKEN_TO_BE_REPLACED