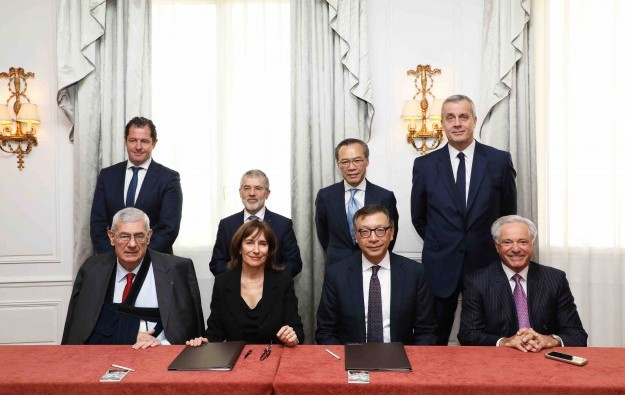 Macau casino operator Galaxy Entertainment Group Ltd and the Grimaldi Forum Monaco conference centre will jointly stage an exhibition in Macau about the life of American actress Grace Kelly, who became Princess Grace of Monaco after marrying into the European principality’s royal house.

Galaxy Entertainment and the Grimaldi Forum issued a press release that announced the exhibition – “Grace Kelly, from Hollywood to Monaco” – would open at the Galaxy Macau casino resort in Macau on May 15 and end on August 28. The exhibits will be borrowed from the collections of the Prince’s Palace of Monaco; the official residence of the current ruler, Prince Albert of Monaco, Princess Grace’s son.

Galaxy Entertainment has sought to associate itself closely with Monaco since 2015. It paid EUR40 million (US$43.9 million in 2015 terms) for a 5-percent stake in Société des Bains de Mer et du Cercle des Étrangers à Monaco, known as SBM, which runs Monaco’s celebrated Casino de Monte-Carlo, among others.

Part of Galaxy’s Monaco strategy is to make use of the association in pressing its case to become the operator of one of the first casinos that are to be allowed in the Japan market.

Monaco, a tiny, upmarket principality surrounded by French territory, has expressed interest in promoting its image and expanding its commercial presence in Asia. Speaking to GGRAsia last year, a representative of the overseas development arm of SBM, Monte-Carlo SBM International Sarl, outlined the need for financial muscle and human resources for Monaco’s gaming brand to expand.

“We wanted a long-term relationship, and the fact it [Galaxy Entertainment] is controlled by a family – as we are controlled – through the [Monaco] government by a family, which is the Prince [Albert], was a good fit,” said Jean-Louis Masurel, the managing director of Monte-Carlo SBM International. The businessman is a former chief executive of the corporate predecessor to French luxury goods conglomerate LVMH Moët Hennessy Louis Vuitton SE.

“We knew whatever we could do together [with Galaxy Entertainment] we could build it for the long term. It’s not a three-year or five-year agreement. When we signed the cooperative agreement, it’s for eight years, renewable for eight years and then for periods ad vitam.”

South Korea on Thursday said it would from June 1 resume issuing short-term tourism visas for trips to the country’s mainland, for individual visitors and groups of tourists. Permits for... END_OF_DOCUMENT_TOKEN_TO_BE_REPLACED