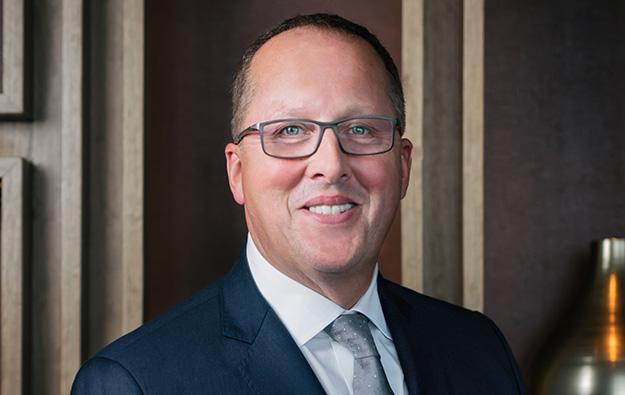 The Grand Hyatt Macau hotel in the City of Dreams Macau casino resort in Cotai has appointed a new general manager, Timothy Bruce (pictured). In an undated statement released to the press on Thursday, the hotel says the appointment takes effect immediately.

The Grand Hyatt Macau says its new general manager has over three decades of experience in the hospitality industry. Mr Bruce has held various culinary positions in Britain, Belgium, Australia, Malaysia, the United Arab Emirates and Japan before joining the Hyatt chain in 1999 as food and beverage director of the Hyatt Hotel Canberra in Australia.

The Macau property has 791 guest rooms and 15 function areas covering about 8,000 square metres (26,247 sq. feet) of event and meeting space. The five-star hotel occupies two towers at the City of Dreams, a Melco Resorts and Entertainment Ltd property.

The Melco property in Cotai is also home to a new addition, the Morpheus. The USD1.1-billion hotel at the northern edge of the City of Dreams Macau opened on June 15. Designed by the late Dame Zaha Hadid, the luxury hotel has about 770 rooms, plus restaurants and gaming, in a total gross floor area of 150,000 square metres. The property is geared towards the “premium mass segment”, according to Melco Resorts chairman and chief executive Lawrence Ho Yau Lung.

The Morpheus has not been allocated any new-to-market live-dealer gaming tables by the government in Macau, with the city’s gaming regulator, the Gaming Inspection and Coordination Bureau, telling GGRAsia that Melco Resorts was permitted to relocate 40 tables from its other Macau properties.

In the Philippines, the company operates and manages the City of Dreams resort complex in Manila, which has one of that city’s biggest gaming floors.

It is likely that Macau will shortly have a third round of citywide centre-based Covid-19 testing in little more than a week, after the results so far of a second mass test – that was due to finish... END_OF_DOCUMENT_TOKEN_TO_BE_REPLACED