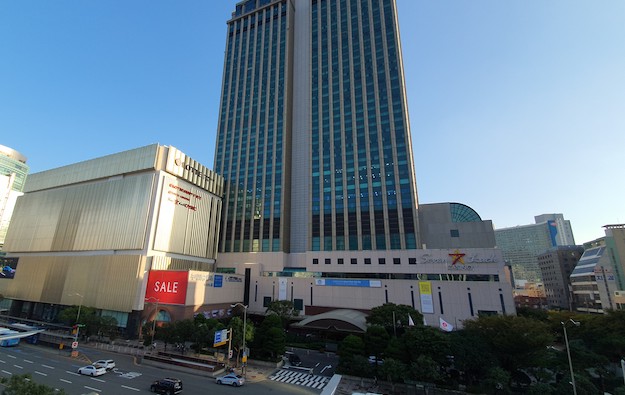 Casino sales for 2022 at Grand Korea Leisure Co Ltd, an operator in South Korea of foreigner-only casinos, rose 196.0 percent year-on-year, to nearly KRW265.17 billion (US$208.4 million), the firm said in a Tuesday filing to the Korea Exchange.

The annual numbers were calculated once the December results had been compiled. The same filing showed December casino sales of nearly KRW30.55 billion; up 8.3 percent sequentially from November, and up 201.4 percent year-on-year.

The final month’s machine-game sales were KRW2.18 billion, down 16.6 percent sequentially, but up 62.5 percent year-on-year.

The company runs three foreigner-only Seven Luck-branded casinos: two in the capital Seoul, including in Gangnam, and one in the southeastern port city of Busan (pictured).

The group closed on December 30 its Seoul Gangbuk venue in the Millennium Hilton Hotel, and transferred the gaming operation to Seoul Dragon City, with effect from December 31.

Last week it was announced that Grand Korea Leisure was to reduce the size of its China marketing team, and reduce by one-third the number of its liaison offices in Japan.

International casino operator Las Vegas Sands Corp has been ranked as the most sustainable firm in the global casino sector, according to the 2023 edition of the S&P Global Sustainability... END_OF_DOCUMENT_TOKEN_TO_BE_REPLACED