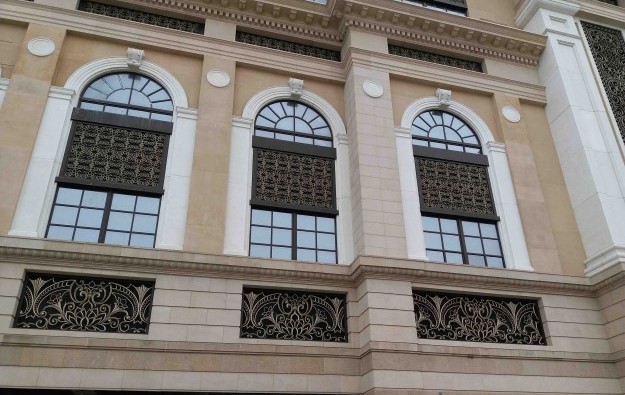 “Some level of execution risk is likely already priced in” to the shares of Macau casino operator SJM Holdings Ltd in relation to its Grand Lisboa Palace project, said a Friday note from Macquarie Capital Ltd following a Bloomberg report that the casino firm was seeking to amend covenants relating to its lending on its under-construction Cotai casino resort.

According to the business news outlet, SJM Holdings is seeking to change the conditions of certain parts of its borrowing to allow the maximum window for completion of its HKD36-billion (US$4.6-billion) Grand Lisboa Palace (pictured in a file photo) to be March 2020 rather than August 2019 as at present. According to Bloomberg, the casino company is also seeking to revise the required opening date of the resort to year-end 2020 versus the current year-end 2019.

GGRAsia approached SJM Holdings on Friday for comment, but had not received a reply by the time this story went online.

The Friday memo from Macquarie analysts Edward Engel and Chad Benyon noted: “SJM shares were down 4 percent on July 26 in what we believe was a response to the Bloomberg report.”

“If the Bloomberg report is accurate and SJM is actually pushing back the opening date of Grand Lisboa Palace to year-end 2020, we could see more weakness in the share price near term,” the memo added.

As of lunchtime on Monday, SJM Holdings’ stock was trading at nearly 8 percent below its Thursday price.

Macquarie noted that some market forecasts had been expecting Grand Lisboa Palace to make a significant contribution in 2020 to the group’s earnings before interest, taxation, depreciation and amortisation (EBITDA) – perhaps as much as 20 percent – rising to 33 percent in 2021.

“We view the pushed-back opening as a negative, as investors become frustrated with continued delays,” wrote the Macquarie analysts. “That said, with shares trading well below Macau peers, some level of execution risk is likely already priced in.”

The analysts further noted: “SJM confirmed a year-end 2019 opening as recently as May, while the project appeared to be on track for completion in August. Given the unspecified reason for the delay, investors may become cautious over potential construction issues that may increase the potential for further delays or imply faults with the final product.”

Construction of Grand Lisboa Palace was scheduled to be completed this year, confirmed in June Daisy Ho Chiu Fung, chairman of SJM Holdings. Ms Ho also said last month that the timing of the opening of the property was dependent on it receiving necessary local government approvals.

Macquarie observed in its latest memo on the casino firm that in April 2018, SJM Holdings “pursued similar efforts to push back required completion/opening dates with its lenders”, citing delays linked to August 2017’s Typhoon Hato and an unrelated fire on the construction site.

“Soon after, the company announced a delay in the opening from 2018 to 2019,” stated Macquarie.

Most of Macau’s casino operators are likely to generate positive free cash flow in the first quarter, given the robust recovery level of mass-market gross gaming revenue (GGR) in January, relative... END_OF_DOCUMENT_TOKEN_TO_BE_REPLACED