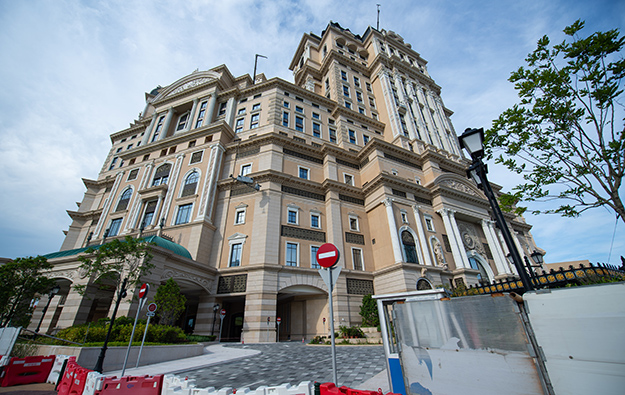 “At Grand Lisboa Palace, we have passed several of the final government inspections, and we expect to receive our operating permit soon,” stated Mr So.

The firm has anticipated the Cotai project will open “during the first half of 2021,” according to previous corporate information.

The CEO added: “The subsequent opening of the Grand Lisboa Palace will relieve some of the cost pressures on our existing operation, as we will be able to transfer a large number of current employees to the new property.”

Investment bank JP Morgan said in a recent report it expected the gaming facility at Grand Lisboa Palace to “open in one go”, but some hotel space and other non-gaming offers might have a “staggered opening”.

In February, SJM Holdings reported a net loss of nearly HKD3.03 billion for full-year 2020, on revenue that fell by 77.8 percent in year-on-year terms.

The company reported adjusted earnings before interest, taxation, depreciation and amortisation (EBITDA) loss of HKD323 million for the final three months of 2020, according to investment analysts.

JP Morgan wrote at the time that such EBITDA loss was “somewhat understandable” as SJM Holdings was “carrying excess staff (up to 2,000) who will be transferred to Grand Lisboa palace upon opening”.

In comments also included in the annual report, Daisy Ho Chiu Fung, the company’s chairman and executive director, said that the “entry into the Cotai sector … is a major milestone” in SJM Holdings’ history. “We will be opening its doors to welcome a market that will be experiencing a rebirth,” she stated.

That was understood to be a reference to the recovery of Macau’s tourism sector after the disruption linked to the Covid-19 pandemic.

Universal Entertainment Corp said in a Wednesday statement it hoped to get the Okada Manila casino operation listed in the United States even before a new September 30 deadline agreed with 26 Capital... END_OF_DOCUMENT_TOKEN_TO_BE_REPLACED