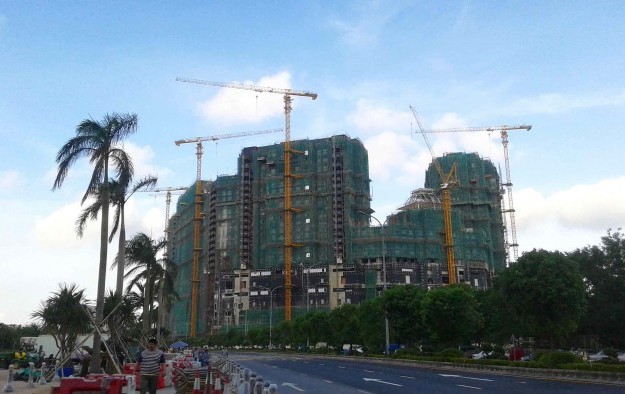 Previously the firm had referred only to the scheme being completed by the end of 2017.

Construction “should be completed by the end of 2017,” said the company’s CEO, as reported by the Portuguese-language channel of public broadcaster Radio Macau. “We hope we can open it in 2018,” added Mr So.

On a conference call with analysts on Monday following the second quarter earnings release, SJM Holdings’ management stated that capital expenditure on Grand Lisboa Palace amounted to HKD2.5 billion in the first half of 2016. Capital expenditure “is expected to accelerate hereafter to a full-year spend of HKD8 billion,” the firm’s management said, as quoted in a Monday note from brokerage Daiwa Securities Group Inc.

SJM Holdings is currently in discussions to secure bank financing arrangements later this year to finance construction of the Grand Lisboa Palace, the firm said in its latest interim report.

Meanwhile the renovation of SJM Holdings’ Casino Jai Alai site in downtown Macau is likely to be finished by October, said Mr So.

“The entire renovation work [of Jai Alai] should be completed in October. We then need time to get all the necessary approvals to start operations,” Mr So said, as quoted by Radio Macau.

“I hope it [the opening of Jai Alai] takes place by year end,” he added.

The extensive revamp of Jai Alai – a venue near Macau’s main ferry terminal on the city’s peninsula – was announced in 2012. The renovation work however was suspended from February 2014 to May 2015, as SJM Holdings said it had been awaiting Macau government approvals.

The new facilities at Jai Alai will feature approximately 130 rooms, restaurants and retail shops, the firm has said in filings. SJM Holdings has stated it expects the revamped property to “enhance the business of the reopened Casino Jai Alai”. It has not stated publicly in recent filings how many gaming tables and machines the refreshed venue is likely to have.

SJM Holdings said in its latest half-year report filing that as of June 30, it had entered into capital commitments on the Jai Alai renovation amounting to approximately HKD557 million.