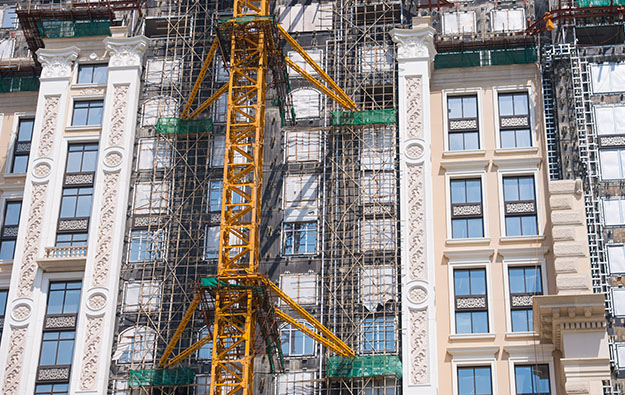 SJM Holdings Ltd is likely to see in 2019 a further erosion of its share of Macau casino market gross gaming revenue (GGR), despite what the firm says will be the launch that year of its first Cotai resort, the HKD36-billion (US$4.6-billion) Grand Lisboa Palace (pictured).

That is according to a Friday report from brokerage Sanford C. Bernstein Ltd.

“While we forecast a resumption in EBITDA [earnings before interest, taxation, depreciation and amortisation] growth and margin expansion after Grand Lisboa Palace opens, in the mid-term, we expect SJM’s share in GGR will continue dropping, to an estimated 14.1 percent in 2019 and share in EBITDA will drop to 4.6 percent,” wrote analysts Vitaly Umansky, Zhen Gong and Kelsey Zhu.

SJM Holdings’ GGR market share among Macau’s six casino operators has dwindled annually from a leading 29 percent in 2011 to 16.1 percent in 2017, according to the firm’s annual reports filed with the Hong Kong Stock Exchange. The last time that SJM Holdings reported an increase in market share was in 2010 – when it claimed to have 31.3 percent of Macau GGR, making it at that time the market leader among the city’s six operators.

In mid-June, Ambrose So Shu Fai, the group’s long-standing chief executive, said the launch of Grand Lisboa Palace – due in the second half 2019, according to the most recent announcements by the company – would help the group regain market share.

“Based on our research into the current phase of development, our view is that [the Grand Lisboa Palace] opening will more realistically be late 2019 and potentially spill over into early 2020,” said Sanford Bernstein in its latest update on the firm.

The brokerage added: “More importantly, due to the high construction cost of the property and low return on investment in the first few years after opening, we foresee poor value creation for the Grand Lisboa Palace compared with other new Cotai properties.”

Mr Umansky and his colleagues further noted of Grand Lisboa Palace, referring latterly to a neighbouring Cotai property by market rival Wynn Macau Ltd, which opened in 2016: “Based on [Grand Lisboa Palace’s] current capex [capital expenditure] budget, its construction cost per room is one the highest among the new properties in the Cotai area, reaching to Wynn Palace level. But it would be difficult for the room quality to reach that of the Wynn Palace.”

The brokerage suggested there had been a “lack of cost controls” in the Grand Lisboa Palace project and added that in the event of any further slippage in the launch timetable, “we would not be surprised if costs rise from current estimates”.

Regarding the issue of Macau market GGR share, Sanford Bernstein suggested there were legacy issues that put a drag on SJM Holdings’ business performance relative to its share of Macau market gaming tables: namely the existence of the so-called satellite properties.

“SJM has the second largest number of gaming tables in Macau. However, 53 percent of SJM tables (47 percent of VIP tables, 54 percent of mass tables) are in satellite casinos, yet the satellite business generates less than a quarter of SJM’s EBITDA,” wrote the analysts.

The satellite system started in the days of the 40-year gaming monopoly of SJM Holdings’ founder, Stanley Ho Hung Sun. Under it, third-party investors were able to run a casino hotel in the city by piggybacking on a local gaming licensee’s rights and gaming table allocation via a so-called service agreement. That system has survived the market liberalisation process that began in 2002.

Sanford Bernstein noted of SJM Holdings’ exposure to the satellite segment: “Due to the complex relationships between SJM and the satellite casino owners, these tables are not fully under the control of SJM and difficult to be put to better use. In essence, this ‘master licensor’ relationship handicaps SJM from being able to better deploy those tables.”

The institution’s analysts added: “SJM has, by far, the lowest table utilisation and EBITDA margin in the industry.” This was due, the brokerage said, to: reliance on low-margin VIP gambling business, with EBITDA margin in “mid-single digits”; reliance on satellites offering it only a “3 percent to 4 percent margin based on what is effectively a royalty”; and “weak operational performance in owned properties”.

SJM Holdings’ Mr So mentioned to local media early in June that the company would like to “contain the number of satellite casinos” which operate using its gaming rights via service agreements.

A Macau-based gaming lawyer and a Macau-based academic recently told GGRAsia that prior to the expiry of Macau’s current six concessions, the city’s government should consider clarifying the legal status of satellite casino operations and invite third-party investors in such venues to seek recognition as a concessionaire by competing in a new public tender.

In March, Hoffman Ma Ho Man, executive director and deputy chairman of Success Universe Group Ltd, an investor in Macau’s Ponte 16 casino hotel that currently operates under the gaming concession of SJM Holdings, told GGRAsia he would like to see an end to Macau’s casino concession system and instead have casino licensing on a venue- by-venue basis.

Some Macau casinos visited by GGRAsia on Thursday, actually had tables that were closed, notwithstanding strong consumer demand during Chinese New Year (CNY). The reasons for some tables being... END_OF_DOCUMENT_TOKEN_TO_BE_REPLACED