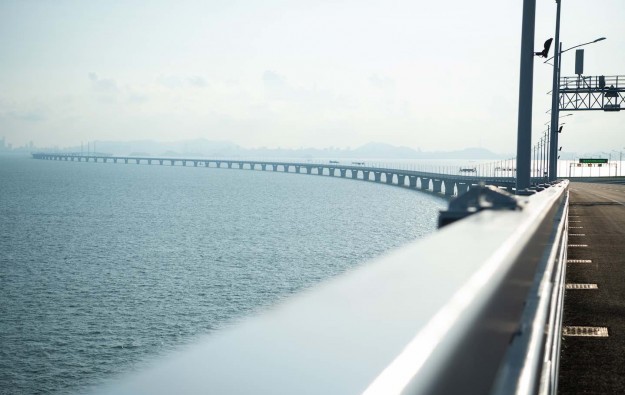 A Chinese central government initiative to integrate the economy and people of mainland China’s Guangdong province with the economies of Macau and Hong Kong, the two neighbouring Special Administrative Regions (SARs), was a further sign of Beijing’s wish to see Macau succeed.

The Chinese authorities released on Monday what they called the “Outline Development Plan for the Guangdong-Hong Kong-Macao Greater Bay Area”. The name of the initiative is commonly abbreviated to “Greater Bay Area”.

“Ultimately, it is the arrival of visitors that will drive the growth of Macau and effectively combining Macau into the other jurisdictions of the Greater Bay Area can only result in significantly more visitation in the out years,” stated Mr Govertsen.

“This is exactly why it is almost impossible to not be bullish on the long-term story in Macau,” he added.

Visitor arrivals to Macau during the Chinese New Year holiday period increased by 26.6 percent from a year earlier, passing the one-million mark during the weeklong festival for the first time.

Macau’s tourism boss said earlier this month that the recently-opened Hong Kong-Zhuhai-Macau Bridge (pictured) – one element in pushing the Greater Bay Area plan – had played a role in the year-on-year expansion of visitor numbers for this year’s Chinese New Year holiday period. The bridge, which spans 55 kilometres (34 miles) of the Pearl River Delta, offers a more direct road route to Macau from Hong Kong and its major airport, than has been available hitherto. It opened to traffic on October 24.

There has been a debate locally – and among investment analysts – about whether bridge users are also casino visitors, and if so, how much they are worth to the local industry.

A note last week from Credit Suisse AG stated regarding bridge-users visiting Macau: “Despite not generating immediate gaming revenue, this should pave the way for longer-term growth as casinos gradually convert them into valuable players.”

Ambrose So Shu Fai, chief executive of Macau casino operator SJM Holdings Ltd, said on the sidelines of a company event on Chinese New Year’s Eve that the advent of the cross-delta bridge had “really bumped up” the number of people coming to Macau. Asked if bridge users were likely to be casino customers, Mr So said: “If you have more people coming to Macau there is the possibility – the probability – that [gaming] revenue will increase.”

Union Gaming’s Mr Govertsen noted to GGRAsia, referring to macroeconomic levers operated by the central government on the Chinese economy as a whole: “Despite negative recent headlines (i.e. capital controls), the reality is that Beijing wants and needs Macau to succeed and the government will stop at nothing to ensure this. The closer all of these jurisdictions become, the easier it is to move people around between them.”

The outline plan for the Greater Bay Area published on Monday mentioned that Hengqin – a part of mainland China territory next door to Macau – would be developed into a “high-standard international leisure and tourism island” in order to “complement Macau’s development into a world tourism and leisure centre”.

A number of non-gaming tourism projects already exist in Hengqin and more are being planned, with the idea of creating two-centre holidays featuring Hengqin and Macau. At least one Macau casino operator – Sands China Ltd – has previously marketed such tourism products. Other voices in Macau’s gaming industry have noted that an easing of border formalities between Hengqin and Macau might help to boost such trade.

Mr Govertsen told us, referring to the way that the holiday destinations of Las Vegas, Nevada – with its casinos and shows – and Orlando, Florida – with its theme parks – complement each other: “With the plans in store for neighbouring Hengqin and all of a sudden Macau plus Hengqin becomes a lot more like Las Vegas plus Orlando, which further supports the long-term story [of Macau].”

Another Chinese central government drive internationally, known as “Belt and Road”, seeks – among other things – to increase China’s regional and global influence via infrastructure that improves transport and trade.