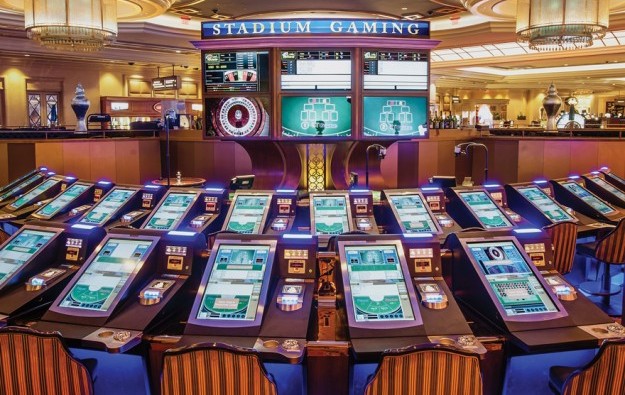 ‘Grind mass’ games rather than traditional live-dealer baccarat were some of the best performers in the Macau market during the third quarter, said a note on Tuesday from brokerage Union Gaming Securities Asia Ltd.

Casino gross gaming revenue (GGR) in Macau’s mass-market segment expanded by 3.9 percent year-on-year in the third quarter of 2016, according to data released on Monday by the local regulator, the Gaming Inspection and Coordination Bureau, also known by its Portuguese acronym DICJ.

“Digging deeper into the DICJ data, we found that the brightest spots were associated with games played by non-premium customers (i.e. ‘grind’ or ‘base’ mass customers),” wrote Union Gaming analyst Grant Govertsen.

Live Multi Game is categorised by the Macau gaming bureau as an electronic gaming table using a live dealer but electronic betting and bet settlement. LT Game Ltd, a unit of Hong Kong-listed Paradise Entertainment Ltd, is a major supplier of such products in the Macau market. When multiple player terminals for such games are arranged in rows on the casino floor around live dealer positions, the setups are typically referred to as “stadium games”.

Referring respectively to stadium games, to sic bo – which is offered in the Macau market in live dealer and electronic forms – and to slot machines, Union Gaming’s Mr Govertsen noted: “Collectively the… three categories accounted for nearly 10 percent of total GGR in third quarter 2016. [Live dealer] baccarat GGR only accounted for 87 percent of total GGR, the lowest mix in seven years, suggesting that the non-baccarat games favoured by lower tiers of mass are gaining traction,” stated Mr Govertsen.

He also suggested the headline growth in all forms of mass-market gambling would have been greater than 3.9 percent year-on-year, in the third quarter, were it not for “ongoing table reclassifications”.

The table reclassification issue relates to where Macau gamblers can and cannot currently smoke at the table.

The gaming bureau had said in the data released on Monday that VIP casino GGR had fallen by only 1.2 percent in the third quarter, a major sequential improvement judged against the 16 percent decline year-on-year in VIP recorded in the second quarter.

“While the lift in VIP was impressive, the continued rebound in mass market gaming revenues is far more compelling and sustainable,” said Christopher Jones of the Buckingham Research Group Inc in a Monday note .

“The 50 percent week-on-week decline in gaming revenue after Golden Week again raises concerns on the sustainability of the GGR improvement seen over the past three months,” stated Nomura on Monday.

“The decline is partly seasonal, as a reduction in post-Golden Week activity, but was also negatively impacted by the three-day visit to Macau by Chinese Premier Li Keqiang (which negatively impacted VIP),” wrote Sanford Bernstein analysts Vitaly Umansky, Zhen Gong and Yang Xie in a Monday note.

They added: “We estimate that a larger portion of the decline was related to VIP volume (along with lower VIP hold rate).”

Cameron McKnight of Wells Fargo Securities LLC said in a Monday note regarding the prospects for the Macau market in October: “Based on checks through October 17, we estimate October Macau gaming revenues +3 percent to +8 percent year-on-year, versus published consensus of around +2 percent.”

On Tuesday Tropical Cyclone Sarika brought heavy rain and a Typhoon Signal No. 3, but bypassed the city, making landfall further south in Hainan.

Telsey noted there was a possibility a second typhoon could come close to Macau at some time during the remainder of the month.

China has moved one step closer towards reopening, by relaxing some its Covid-19 control measures, with most infected people now able to quarantine at home rather than in state-sanctioned... END_OF_DOCUMENT_TOKEN_TO_BE_REPLACED