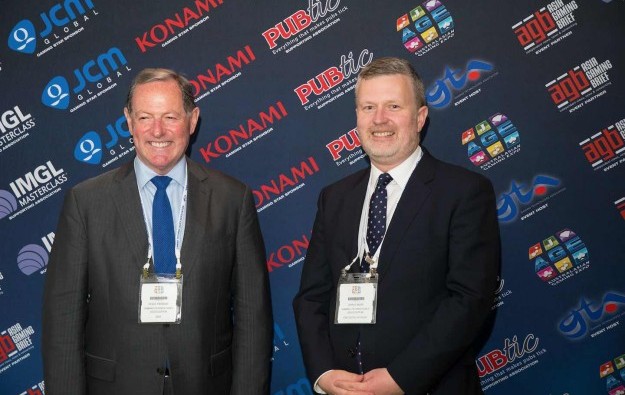 Australia-based Gaming Technologies Association (GTA) announced on Friday that Ross Ferrar (pictured left) is retiring as the organisation’s chief executive, after serving the association for 17 years. Chris Muir (pictured right) has been appointed as the GTA’s new CEO, according to a press release.

The GTA is a trade body representing Australian gaming machine technology suppliers. The association is also the organiser of the Australasian Gaming Expo (AGE), a trade show for the casino sector that is organised annually in Sydney, Australia. The 2018 edition of AGE was held earlier this month.

Commenting on Mr Ferrar’s departure, Adrian Halpenny, chairman of the GTA said in a prepared statement included in Friday’s release: “I would like to thank Ross for his service to the GTA for the past 17 years. He has been a keen and steadfast advocate for the Association and its members and has had a distinguished career in the industry.”

Mr Halpenny added: “Under Ross’ leadership, the GTA has developed a strong record of advocating for its members in support of a robust and sound regulatory environment and has made an important contribution to the public discussion around our industry.”

The GTA’s new CEO joined the association in June. Mr Muir has previously served at senior-level roles in respectively the New South Wales and federal governments, including as a chief of staff to senior ministers and as a senior official at the Australian Transaction Reports and Analysis Centre (AUSTRAC), according to the release.

Commenting on his new role, Mr Muir was quoted as saying in the release: “I am excited to continue to work with the GTA members and our industry stakeholders to best represent them on issues pertaining to technical and regulatory matters and advocate strongly for them.”

The imminent return of package tours from mainland China will not only help boost Macau’s tourism businesses, but is also expected to help casinos gain more foot traffic in their mass gaming... END_OF_DOCUMENT_TOKEN_TO_BE_REPLACED