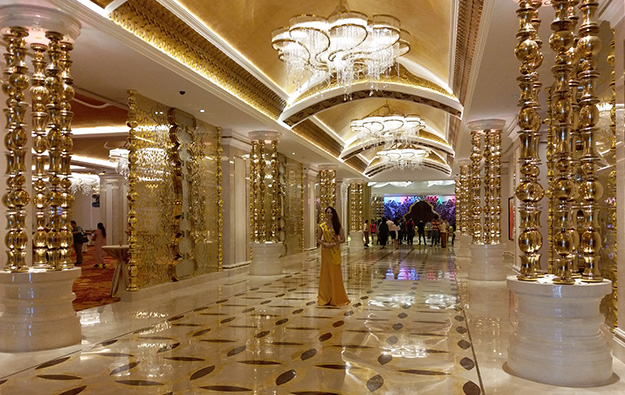 Macau-based junket operator Guangdong Group has confirmed to GGRAsia that it is currently expanding its VIP gaming service to Naga 2 (pictured), the newest operating casino of the NagaWorld Complex in Phnom Penh, Cambodia. The property is promoted by Hong Kong-listed NagaCorp Ltd.

In a written reply to GGRAsia, the junket firm noted that it will be in a trial stage starting in “early January” for its freshly launched service – run under a partnership with other investors – at Naga 2, which features 10 gaming tables.

Guangdong Group currently hosts 13 VIP gaming clubs in Macau, and it has seen “rapid expansion” for its gaming service overseas, the firm’s chief executive Flora Pu noted to us in a written remark.

“The group’s services have been expanded to Philippines, Jeju, Cambodia, U.S., U.K. and other destinations in the Asia-Pacific region and Europe. We will continue to actively explore further potential partnerships with casino operators and collaborators in a bid to enhance the proportion of earnings from overseas markets for the group,” Ms Pu stated.

NagaCorp operates the NagaWorld Complex and has the only licence to operate casinos in and around the capital Phnom Penh. It started operations with the NagaWorld property, now referred to as Naga 1, which opened in December 2006. That property is linked to Naga 2, an expansion that opened in November 2017.

Macau junket operator Suncity Group – said by investment analysts to be one of the major VIP gambling organisers in Macau – has opened VIP facilities at Naga 2 in the first quarter of 2018.

NagaCorp said in an October filing to the Hong Kong Stock Exchange that the group’s gaming business indicated gross gaming revenue (GGR) would likely exceed US$1.07 billion for the first nine months of 2018, helped by the opening of the Naga 2 extension. At the time, the Hong Kong-listed firm said that its mass-market buy-ins rose by 57 percent year-on-year to US$887.63 million for the first nine months of 2018; while in the VIP table games segment, rolling chip turnover rose by 128 percent to more than US$25.03 billion.

The stock prices of Hong Kong-listed firms directly linked to Macau casino operations rose in Monday trading, following the Saturday announcement that the six incumbent licensees had each been... END_OF_DOCUMENT_TOKEN_TO_BE_REPLACED