Half Sands China Sheraton rooms for Macau govt amid virus 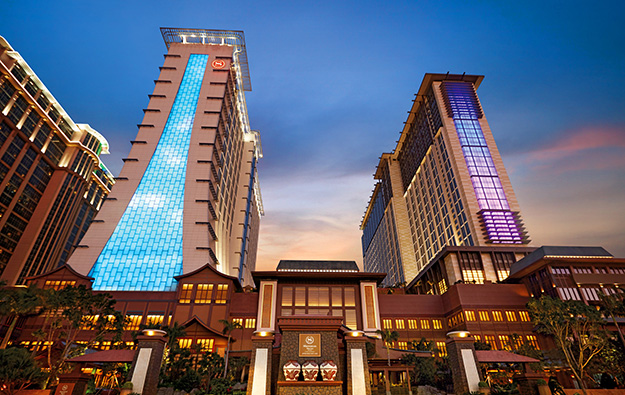 Half of the 4,000 hotel rooms at the Sheraton Grand Macao hotel (pictured in a file photo) at the city’s Sands Cotai Central casino resort, have been allocated for Macau-government use during the city’s response to the Covid-19 emergency.

That is according to a Saturday announcement by the Macau government. The role of that portion of the hotel took effect from that day. It is the 12th Macau hotel venue to offer space for quarantine procedures.

The announcement added that an initial batch of 500 of the 2,000 rooms would be made available first to the public authority.

The casino facilities at the resort – a property operated by Sands China Ltd, a unit of United States-based casino group Sands China Ltd – would remain open, said an official of the Macao Government Tourism Office.

Last week the Macao authorities said that all those still permitted to enter the city during the novel coronavirus emergency and coming from outside mainland China, would be required to undergo a 14-day quarantine at local hotels designated for the purpose, before being allowed into the community.

A Saturday statement on behalf of the Macao Government Tourism Office said the city’s Health Bureau had delegated representatives and engineering staff to conduct on-site inspections of the Sheraton Grand Macao’s ventilation system and various conditions before the decision was made to designate the hotel.

All passageways connecting what the local authorities termed the “special isolated area at Sheraton Grand Macao” to the shopping mall, restaurants, other hotels and facilities at Sands Cotai Central were “completely blocked” from the general public. Access to the special isolated area was via an “independent entrance”, said the local government.

On Tuesday last week Macau’s leader, the Chief Executive Ho Iat Seng, had said it would be easier to manage the quarantine process if “3,000-room hotels” – understood to be a reference to facilities at large-scale casino resorts – would do more to assist the government.

The imminent return of package tours from mainland China will not only help boost Macau’s tourism businesses, but is also expected to help casinos gain more foot traffic in their mass gaming... END_OF_DOCUMENT_TOKEN_TO_BE_REPLACED