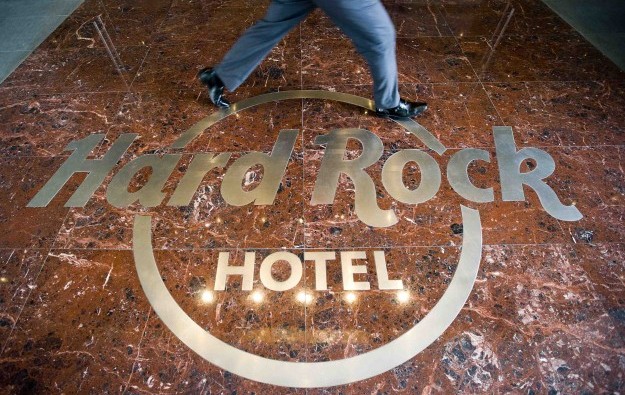 The Hard Rock group’s chief executive says it is willing to make a “major investment” in Japan if casino gaming is legalised there.

Hamish Dodds told Bloomberg News in an interview: “We can either play a lead role or a partnership role. We really hope that we can collaborate with Japanese partners and institutions.”

As well as running rock music-themed restaurant venues, Hard Rock Cafe International Inc includes a casino operating unit run by the Seminole Tribe of Florida. It was announced on Friday that Seminole HR Holdings LLC had won the right to a Republic of Cyprus casino licence alongside some consortium partners – including Asian casino investor and developer Melco International Development Ltd.

Japan last considered a version of the first-stage enabling legislation that would be necessary for any such venture – known as the Integrated Resorts Promotion Bill – in 2015.

The country’s legislature failed to proceed on the matter, amid other political distractions and some domestic opposition, including from Komeito, a Buddhist-influenced junior partner of the governing Liberal Democratic Party (LDP).

Now the Nikkei news agency has reported the lower house of Japan’s Diet, or parliament, might debate casino legislation on Wednesday (November 9). The current extraordinary session of the Diet is due to run until late November.

A source in Japan told GGRAsia on Monday, referring to the cross-party lobby in support of legalisation: “We understand that the Integrated Resorts caucus will try to start to discuss it [the bill] in the lower house of the Diet on November 9 … Anyhow, it is required to pass not only in the lower house but also the upper house, so that we are still not sure if the bill would be passed by the Diet in this session.”

“The feeling we get is that this is more likely to happen now,” Mr Dodds said, adding he expected the Japanese casino market to be worth more than US$10 billion annually. “There’s more noise, there’s greater discussion in the commercial sector about how and when this will be realised.”

Sheldon Adelson, chairman and chief executive of casino operator Las Vegas Sands Corp, said on November 3 – in an earnings conference call for his firm – that he had been told there was “anywhere from 99 to 100 percent certainty that the bill is going to come up this Diet session”. The company has repeatedly expressed an interest in being involved in a casino project for a major Japanese city.

James Murren, chief executive of Las Vegas-based MGM Resorts International, said earlier this month that the company is willing to invest up to US$9.5 billion in Japan if casino gambling is legalised there. Mr Murren said MGM Resorts was mainly interested in a metropolitan area such as Tokyo, Yokohama or Osaka.

The question of legalising casino gaming in Japan appeared to be “back from the dead” following the strengthening of the LDP’s hand after the election in July for the House of Councillors – the upper chamber of the Japanese parliament – said a note that month from Union Gaming Securities Asia Ltd.

Macau recorded 69,279 visitor arrivals on the sixth day of the Chinese New Year (CNY) holiday period, showed official data. The city welcomed about 384,600 visitors in the first six days of the... END_OF_DOCUMENT_TOKEN_TO_BE_REPLACED