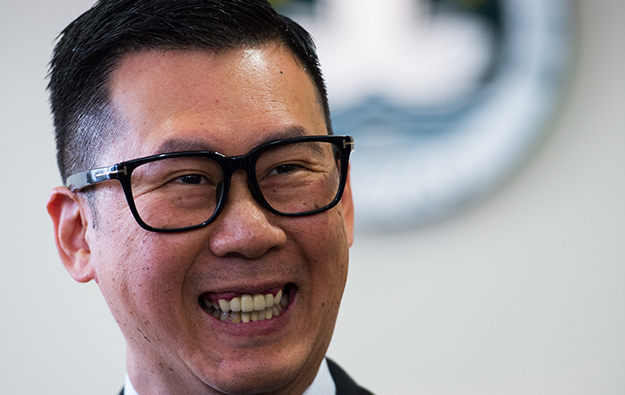 Paulo Martins Chan (pictured), director of Macau’s casino regulator, the Gaming Inspection and Coordination Bureau, is to be a guest speaker on the opening day of the MGS Entertainment Show to be held in Macau next month. According to the event organiser, the topic for Mr Chan’s speech is “Mitigate Risk, Enhance Supervision”.

Mr Chan’s department has recently adopted several measures designed to improve the management of the local casino industry, in particular the VIP junket segment. They included the revision last year of the regulator’s anti-money laundering rules.

In July the Asia/Pacific Group on Money Laundering, an international monitoring body known as APG, said that “sound, risk-based supervision” was being undertaken in Macau’s gaming sector.

But the group added in a press statement there was also a need for better understanding among the Macau VIP gambling promoters of recently updated local rules on money laundering and terrorism financing risk.

MGS Entertainment Show – previously known as the Macao Gaming Show (MGS) – is an annual event based in the city and features a casino industry trade exhibition and conference. This year’s gathering is to be held from November 14 to 16 at Cotai Expo in the Venetian Macao casino resort.

The event is hosted by the Macau Gaming Equipment Manufacturers’ Association.

Approximately 170 exhibitors will take part this year, including the Macau casino junket operators Suncity Group and Golden Group. A number of leading digital technology companies in non-gaming sectors are also due to attend, including cloud computing providers and major Chinese suppliers of e-Sports games.

MGS Entertainment Show will additionally feature some humanoid robots from Qihan Technology Co Ltd, a firm based in Shenzhen, Guangdong.

Macau casino operator MGM China Holdings Ltd had a “record” market share in January, and its venues were the “highest-earning businesses” in the portfolio of the majority owner MGM Resorts... END_OF_DOCUMENT_TOKEN_TO_BE_REPLACED