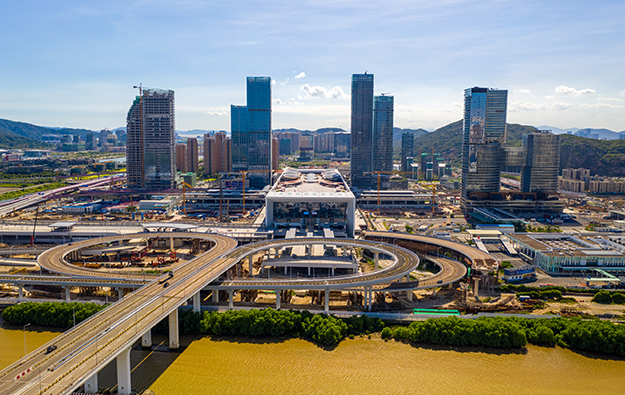 A plan earmarking mainland China’s Hengqin island (pictured) as a special zone to help diversify and expand neighbouring Macau’s economy, might not bring any short-term gain for Macau’s casino industry, but would probably be positive for the latter’s gaming and hospitality businesses in the long run, say respectively several brokerages, and professional services firm Deloitte China.

The Guangdong-Macao Intensive Cooperation Zone in Hengqin “helps Macau to solve two problems: one is… lack of land, and… [the other], the shortage of talent,” said Sidney Cheng, managing partner at Deloitte China’s Macau office, in comments to GGRAsia at a Monday briefing by the firm. He indicated the new zone would draw people from across the wider region to work there, creating a fresh pool of professional talent.

Deloitte’s briefing followed a joint announcement last week by the governments respectively of Macau and neighbouring Guangdong province; the latter being Macau’s partner in the cooperation zone.

“With the development on Hengqin, more young talent from other cities in the Guangdong-Hong Kong-Macau Greater Bay Area… can take part in” Macau’s “world-class leisure and tourism sector,” Mr Cheng added.

The zone’s economic activities will be managed jointly by the authorities of Guangdong and Macau; an “unprecedented” administration model for the special economic zones in China, said Macau’s Chief Executive, Ho Iat Seng, in a Friday press conference.

Macau’s leader also mentioned that the city’s government would “encourage” Macau’s gaming operators to engage in non-gaming projects on Hengqin island that could help in “enriching Macau’s tourism resources”.

“The news at least suggests that Beijing is supportive of Macau’s long-term development for its long-held deliverable of becoming the ‘world centre of tourism and leisure’,” wrote JP Morgan analysts DS Kim, Amanda Cheng and Livy Lyu.

This could be seen as “marginally positive,” for Macau, “especially given a series of regulatory pressures these days on many industries in China,” added the brokerage.

A continued ramp up of transport infrastructure connecting Macau and Hengqin will be “important” for “driving more visitors” directly into Macau’s Cotai casino district in the coming years, suggested brokerage Sanford C. Bernstein Ltd, in a Monday memo.

Macau mass-market casino gross gaming revenue (GGR) for the recent Chinese New Year (CNY) holidays could have recovered to at least 60 percent of that for the 2019 break, when the festivities were in... END_OF_DOCUMENT_TOKEN_TO_BE_REPLACED