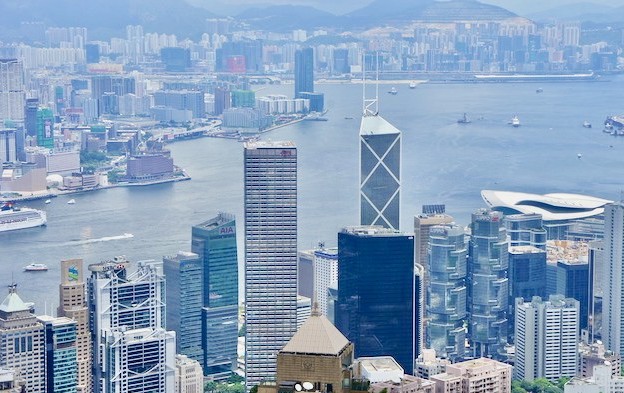 Hong Kong’s plans for easing travel to “outside jurisdictions” – mainland China and Macau have been mentioned as previous initial targets – could “definitely” be affected were there to be a community outbreak of Omicron-variant Covid-19 in Hong Kong, said on Tuesday one of that city’s health officials.

It follows news that several airline crew members recently returning to Hong Kong only tested ‘positive’ for Omicron infection having already spent some time back in the general community in Hong Kong.

Dr Edwin Tsui Lok Kin, head of the city’s Centre for Health Protection, said in a Tuesday briefing, there was a “high risk” of a Covid-19 community outbreak, with the highly-infectious Omicron strain possibly to feature in the data in coming days.

“A single spark can start a fifth wave” stated Dr Tsui. Such an event would “definitely affect” Hong Kong’s plans for easing travel to other places, added the official.

A number of investment analysts has said that in pre-pandemic times, visitors from Hong Kong provided up to 20 percent of Macau’s annual casino gross gaming revenue (GGR); and see improved travel ties with Macau – ideally without inbound quarantine-on-arrival – as a key element of casino market recovery.

Macau’s Secretary for Social Affairs and Culture, Elsie Ao Ieong U, mentioned to Macau media earlier this month, that the city and Hong Kong might have the necessary conditions for resuming travel between the two places on a quarantine-free basis, once Hong Kong and the mainland had reached a similar arrangement.

Hong Kong’s Tuesday Covid-19 briefing heard that two flight crew members from Cathay Pacific Airways Ltd returning from the United States last week, had initially tested ‘negative’ for Covid-19. Under the protocols of Cathay Pacific, such crew members were allowed to complete a quarantine at home, but were also permitted to spend up to two hours a day outside for essential shopping.

By the time the two crew members had tested initially ‘positive’ for Omicron infection, they had already spent time either dining outside, or in shops.

Other air travellers returning to Hong Kong have to quarantine either in hotels or other government facilities.

The Hong Kong health authorities said on Tuesday they would change the rules for returning air crew, so that they did three days in hotel quarantine before a period of home isolation.

On Wednesday morning, public broadcaster RTHK reported that although the respective apartment blocks where the infected crew members lived, had been sealed off, the local authorities had so far not found any other cases of Covid-19 among the other users of the buildings.

Most of Macau’s casino operators are likely to generate positive free cash flow in the first quarter, given the robust recovery level of mass-market gross gaming revenue (GGR) in January, relative... END_OF_DOCUMENT_TOKEN_TO_BE_REPLACED