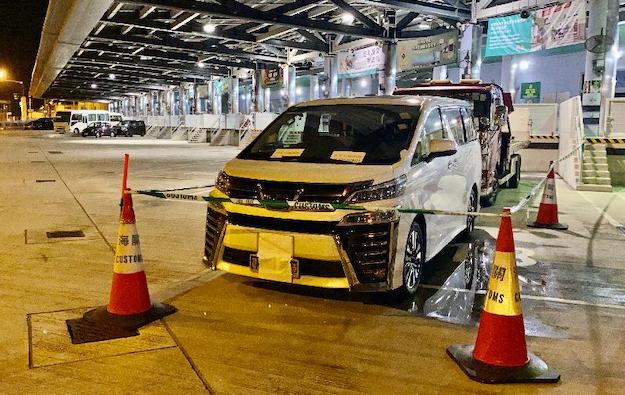 The bridge provides a cross-sea road link between Hong Kong, Zhuhai in mainland China’s Guangdong province, and Macau. The Hong Kong-based South China Morning Post newspaper reported that investigators in the case “suspect that part of the cash was laundered through Macau casinos”.

The government release said that Hong Kong Customs officers targeted the suspected money laundering syndicate in May this year, and initiated then a “financial investigation”. Several raids to three residential premises and a licensed money changer in Hong Kong were conducted from August 19 to 23.

Five men, aged between 40 and 43, suspected to be involved in the case were arrested for conspiring to “deal with property known or reasonably believed to represent proceeds of an indictable offence”. They are also accused of “contravening the Cross-boundary Movement of Physical Currency and Bearer Negotiable Instruments Ordinance,” added the release.

The five men comprise three cross-boundary vehicle drivers and two “persons-in-charge” of a money changer in Hong Kong, according to the statement.

Senior Superintendent Mark Woo Wai Kwan, of Hong Kong Customs’ syndicate crimes investigation bureau, said the force was working with its counterparts in Macau and Zhuhai. He said investigations were continuing and further arrests were possible.

The authorities in Hong Kong said the group is suspected of having smuggled nearly HKD170 million in criminal proceeds over three months. About HKD20 million in cash was seized by customs officers when they intercepted two cross-boundary vehicles. The authorities also seized more than HKD300,000 in cash from the residential premises and money changer, and froze HKD580,000 in bank accounts belonging to some of the suspects.

The stock prices of Hong Kong-listed firms directly linked to Macau casino operations rose in Monday trading, following the Saturday announcement that the six incumbent licensees had each been... END_OF_DOCUMENT_TOKEN_TO_BE_REPLACED