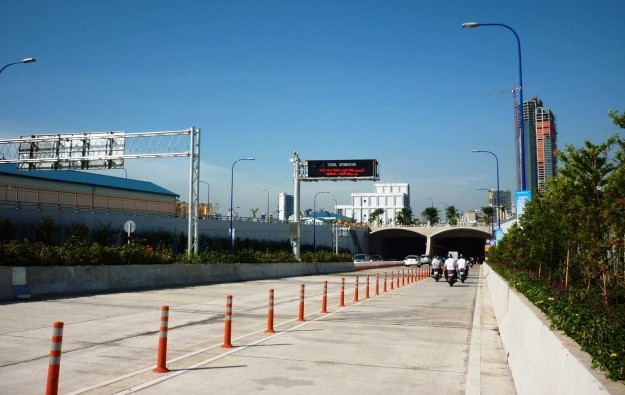 A US$4-billion real estate project in Vietnam – that has been linked in that country’s media with several well-known names from the U.S. casino and gaming sectors – could now be in doubt, says a report on Saturday from online news outlet VietnamNet.

The scheme was first publicised in May, and is reportedly for a new urban area in Vietnam called Thu Thiem (pictured), in District 2 in Ho Chi Minh City. The city is the largest urban centre in the south of the country and was formerly known as Saigon.

At the time of the May report, a photograph was circulated showing Bill Weidner, a former president of casino operator Las Vegas Sands Corp, meeting the Vietnamese Prime Minister Nguyen Xuan Phu.

Johnathan Hanh Nguyen, president of Vietnamese firm Imex Pan Pacific Group, is said to have introduced to the Ho Chi Minh City authorities a number of U.S. investors interested in the project.

But VietnamNet had reported in June that that a proposal by investors to fast track the scheme – possibly for completion in a period of four years – was in some doubt as it would require amendments to a master plan already agreed for the site by local officials.

On Saturday the same news outlet said: “The Thu Thiem Urban Area Management Board recently sent a document to the People’s Committee on the Thu Thiem programme, repeating its [the board's] view that it won’t accept investment projects which require an adjustment of the initial development plan.”

VietnamNet said in its latest report on the topic that if implemented, the project would comprise a 70-storey tower and lower towers, an office building, shopping mall and entertainment area.

In June, the Vietnam Investment Review reported that a draft decree – which if enacted, would for the first time allow Vietnamese citizens resident in the country to gamble in casinos – had been submitted to the country’s government after seven years of discussion.

An article in Macau’s draft new gaming law, to create a mechanism to dissolve an existing gaming concession in the event it was not granted a new licence after the current six concessions... END_OF_DOCUMENT_TOKEN_TO_BE_REPLACED