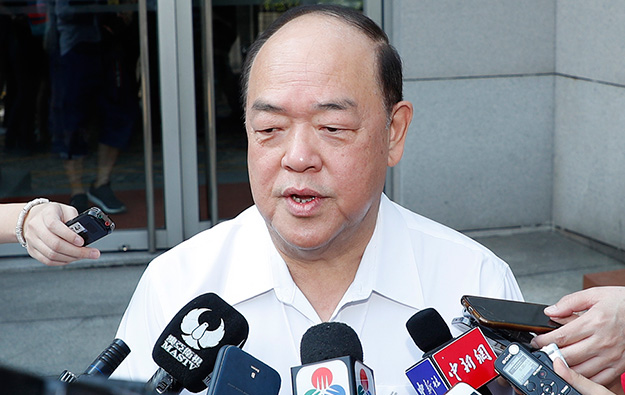 Ho Iat Seng (pictured), a businessman and former president of Macau’s Legislative Assembly, became on Sunday the third individual to be selected for the top leadership role in the city since its handover from Portuguese administration in 1999.

He will be the senior local official handling the anticipated retender process for Macau casino gaming rights. The current six licences expire in 2022.

Mr Ho’s endorsement as Macau chief executive-elect came on Sunday via a committee of 400 people, mostly composed of pro-business and pro-Beijing figures. No member of the Chief Executive Election Committee is chosen by direct voting among the adult population.

He will take office on December 20, when the current Chief Executive, Fernando Chui Sai On, steps down.

Mr Ho will be entitled to serve a five-year term, with the possibility of standing for a single additional five-year stint at the completion of the first term.

The change of chief executive will coincide with the 20th anniversary this year of Macau’s handover to China.

On August 10, Mr Ho had announced – as a candidate for the top job – the outline of his proposed political programme, but declined to comment in detail about the future direction for the city’s gaming industry.

Mr Ho is 62 and was born in Macau. He is no relation of either Edmund Ho Hau Wah, Macau’s first post-handover chief executive, or of Stanley Ho Hung Sun, the former monopolist of Macau casino business.

Macau recorded 965 “gaming-related” crimes in full-year 2022, down 29.7 percent on the 1,372 identified in the previous year, according to the latest statistics published on Tuesday by... END_OF_DOCUMENT_TOKEN_TO_BE_REPLACED