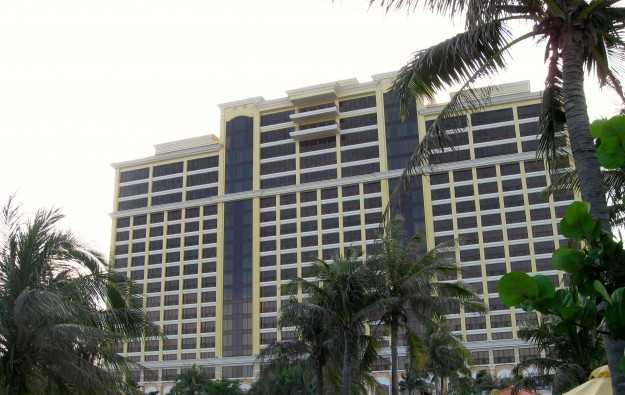 The backers of the Ho Tram Resort (pictured) in Vietnam have combined the roles of development company boss and project company boss in a single executive position, a spokesman for the casino property confirmed to GGRAsia by email.

“Michael Kelly has been appointed the executive chairman of both the investing company, Asian Coast Development (Canada) Ltd; and the chairman of the asset company, Ho Tram Project Company Ltd,” spokesman Matthew Underwood said in the email.

“He will be based full time in Vietnam and will not only oversee the daily operations of the existing integrated casino resort at the Ho Tram Strip, but will also oversee the development of the next phases of the project,” added Mr Underwood.

Mr Kelly will cover the roles previously taken by Shaun McCamley, who was appointed the property’s president in September 2014, and Stephen Shoemaker, chairman and chief executive of Asian Coast Development. Mr Shoemaker had been commuting between North America and Vietnam.

Ho Tram Resort spokesman Mr Underwood said of Mr Kelly: “He is effectively combining two roles and ensuring that the person taking on those roles is based in Vietnam.” He did not provide biographical information on Mr Kelly.

Mr McCamley is no longer with Ho Tram Project Co, and Mr Shoemaker is moving to another role at Asian Coast Development, Mr Underwood confirmed to GGRAsia.

The Grand Ho Tram Strip – as it was formerly called – was designed by casino architect Paul Steelman, and opened in July 2013. Asian Coast Development was able to secure a 50-year lease on the 164-hectare (405-acre) beachside plot in Ba Ria-Vung Tau province, 120 kilometres (75 miles) southeast of Ho Chi Minh City.

In October last year, the resort opened The Bluffs, an 18-hole golf course designed by Greg Norman, one of modern professional golf’s most famous players.

International casino operator Las Vegas Sands Corp has been ranked as the most sustainable firm in the global casino sector, according to the 2023 edition of the S&P Global Sustainability... END_OF_DOCUMENT_TOKEN_TO_BE_REPLACED