Ho Tram could be test site for locals gaming: bosses 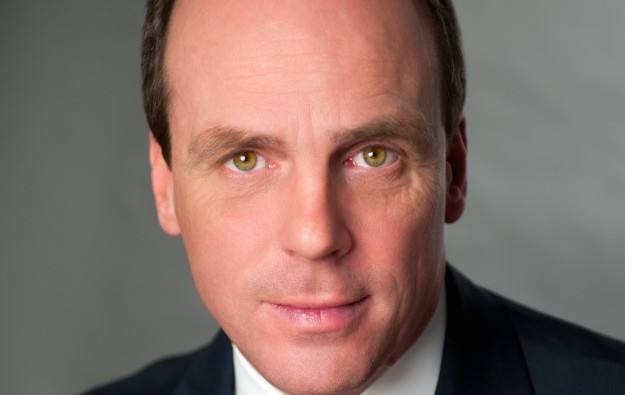 The Grand Ho Tram casino resort hopes to be chosen for any pilot scheme the Vietnam government might launch allowing locals to gamble, two of the project’s senior managers have told GGRAsia in an interview.

They are confident a government decision on whether to have such a pilot scheme might be made in a matter of months, rather than years.

Additionally the executives said that in the first 18 days of October, the property achieved higher rolling chip volume than in any previous entire month in the casino property’s 14 months of operation.

“Although we can’t quote exact numbers, in the first half of October, we – on rolling volume – hit our previous high monthly total,” Stephen Shoemaker (pictured), chairman and chief executive of the resort’s owner and developer Asian Coast Development (Canada) Ltd (ACDL) told us.

Colin Pine, general director of Ho Tram Project Co Ltd, a wholly owned unit of ACDL that holds the investment certificate for Ho Tram issued by the Vietnamese government, added: “Certainly we believe that we are a good candidate for any pilot [scheme for locals].”

“We are the only international standard integrated resort that has been constructed – and [that] complies with international standards in terms of how it operates itself – in Vietnam,” he added, suggesting that there is a possibility Vietnam might adopt a Singapore-style levy on locals’ entry to ensure only those who can afford to lose money at a casino can get in.

Prior to the first phase opening of The Grand Ho Tram in July 2013 – with 541 five-star rooms and permission for up to 90 tables, including 55 for VIPs – the Vietnamese casino market consisted of small- and medium-sized properties mostly in the north and close to the land border with mainland China. That’s because that region offers a proven market of overseas players, in the absence of locals being allowed to gamble in Vietnam.

At least two more large-scale properties are planned in the country by other investors – one in the central coastal region, and one in the north nearer to the capital Hanoi, to complement Ho Tram’s southern location 120-kilometres (75 miles) southeast of Ho Chi Minh City, formerly known as Saigon.

There is also another large-scale property in Vietnam’s northern province of Lao Cai, bordering China’s Yunnan province. The 428-room Aristo International casino resort, managed by Australia-listed Donaco International Ltd, can have up to 50 gaming tables.

But the timing of new large-scale schemes – likely to be asked to spend at least as much as the approximately US$550 million the Ho Tram investors say they have committed so far – might be determined in part by how quickly or indeed whether Vietnam moves to allow locals to gamble.

A likely trigger for that decision is the creation of a national legal framework for casinos, rather than the case-by-case permissions system that has existed until now.

The Vietnamese authorities are expected to commission what’s being referred to as a National Gaming Strategy before announcing policy moves.

There are a number of variables in the mix that could affect any policies eventually adopted by Vietnam, industry sources tell GGRAsia. They include a power tussle between older leaders of the country’s ruling Communist Party of Vietnam – that want to stay closer to the party’s socialist and socially protective roots – and the modernisers represented by the current Prime Minister, Nguyen Tan Dung, that want to open the country even further to reform, the rule of the courts, and the free market.

Although it’s assumed that the modernisers will carry the day in a country where the median age is only 29.2 years, there could be delays along the way.

ACDL’s Mr Shoemaker plays down the idea that his company might have been too bullish in its decision to build and launch without locals in the mix.

“We believe we can make the current resort we have built operationally profitable,” he stated.

The Grand has an impressive beachside setting overlooking what the Vietnamese call the East Sea (the South China Sea to outsiders) and a hotel and facilities of international five-star standard designed by renowned U.S. architect Paul Steelman.

It also has a US$22-million golf course called The Bluffs, designed by one of the sport’s stars, Greg Norman, that officially opened on October 18.

The whole site is set in 164 hectares (405 acres) of ground, leased over a period of 50 years, for a song, a matter of a few million U.S. dollars all in, GGRAsia understands from industry sources – compared to Macau’s land premium rates of hundreds of millions of U.S. dollars.

The challenges faced by The Grand however are well documented. Aside from no locals being allowed to gamble, it takes at least two hours to get there by road from Ho Chi Minh City’s international airport, serving the country’s most populous southern city. The resort’s management says road improvements likely to be completed in early 2015 should reduce transfer times.

In March 2013, the property lost its original branding partner MGM Resorts International only months before its opening in July that year.

In May 2013, ACDL’s former CEO Lloyd Nathan issued a lawsuit in New York state court in the U.S., alleging that investors had forced him out by wrongfully putting him on administrative leave.

Prior to that, U.S. regional casino operator Pinnacle Entertainment, publicly listed in the U.S., warned in a filing in November 2012 that issues with, and delays to, the scheme occurring at that time meant Pinnacle risked losing its entire US$109 million investment in a planned addition to the resort. Pinnacle eventually wrote down its entire investment, and no longer mentions it in the firm’s annual reports; though there are no indications from filings that it has yet disposed of its interest.

In September this year, New York-based private hedge fund Harbinger Capital Partners LLC, led by Philip Falcone, announced it was providing US$50 million funding to add to the approximately US$500 million already spent on the venue. Harbinger is the majority shareholder of ACDL.

The weekend the golf course was inaugurated, Mr Falcone announced plans for a tower of condominiums near to the hotel tower and also for villas to be built next to the golf course and by the beach. No announcement has been made so far regarding funding or possible development partners.

Whether Mr Lee’s involvement could be a turning point – in terms of access to his address book for the Chinese junket industry – remains to be seen.

“…he’s been very helpful to us in making introductions to people that can bring in VIP players…from various places in China and Macau and Hong Kong, as well as providing good business perspective. He also is a co-founder of 7 Days [Inn, a chain of budget hotels in China], so has experience in the lodging business as well,” Stephen Shoemaker told us.

When foreign casino operators initially opened in Macau, many of them used expatriate VIP marketing teams, but switched to local marketing experts in order to build their business in that segment.

Mr Shoemaker told us: “I will be quite open and honest that after MGM’s departure, I think it took us a while to figure out what we had from a marketing channel perspective and what we needed to put in place in order to grow revenue.”

He added: “So in May of this year we [brought in] international marketing organisations focusing on bringing in ITOs – we call them international tour operators – they are effectively junket operators.

“That group has been seeding business, and we have salespeople in various territories including Macau, Hong Kong, Shanghai, Guangzhou. We even have a guy in [South] Korea. There’s some pretty good business out of Korea.”

Mr Shoemaker said that as a private company ACDL was constrained from sharing precise numbers on gaming revenue, but did share some of the thinking about the company’s strategy for developing the gaming business even without locals.

“We know we have to overcome a couple of issues. We know we’re not the epicentre [of the gaming industry],” Mr Shoemaker stated.

“The focus is two areas. VIP customers…not necessarily all high rollers, but certainly players that are going to come and play a significant amount on our tables where we put them into our VIP rooms.”

He added the resort was also looking to attract expatriates based around Ho Chi Minh City.

“With that base of customers we think that the golf course is also a very interesting marketing tool, to get them to come down and stay.”

The executives also gave some thoughts on the structure of the gaming business.

“With the international tour operator [junket] business we structured our deals effectively on discount on chips, and that discount is deductible for tax purposes,” said Mr Shoemaker.

“So effectively we are paying tax on the gross gaming win net of the discount. Depending on the level of that [discount] you are looking at an effective tax rate of somewhere between 11 percent and 13 percent [on VIP play],” the executive added. In Macau the effective tax rate on all casino play is 39 percent.

Asked whether the business was offering rolling chip commission to junkets or revenue share, the CEO stated: “It’s a combination of both, but typically [with] the casual junkets it’s more of a rolling-type structure. It’s what I call a hybrid. We have a rolling element in all of our programmes. But we do have several others that have a component of [revenue] share.”

He added: “We’ve been focusing on a significant number of small- to medium-sized casual junket operators. A number of those really like the economics [of what Ho Tram offers].

“We typically offer a fixed percentage of rolling, plus we have an allowance for comps [complimentaries] for…F&B [food and beverage],” he explained.

According to testimony by ACDL to the country’s National Assembly, Ho Tram’s tables and up to 1,000 slots took in under US$1 million per month from its opening in July 2013 to early in 2014, generating US$12.5 million in that period.

Asked about how ACDL was now managing the gaming business to improve performance, Mr Shoemaker stated: “[Previously] we…frankly didn’t have the right resources in place. We have hired a very strong casino marketing director. She started about 30 days ago and she works for Shaun McCamley our new president. She’s come in and said ‘Guys we need to improve on our loyalty card, we need to focus on the Ho Chi Minh [City] base of expat players that can come much more frequently than customers from international markets’.”

Mr Shoemaker added: “Our slot performance has been weak. It’s not been great. But I think by putting in the right marketing resources we can drive a lot of improvement in that area.

“On our mass tables we’re doing relatively well, but I’d say our relative areas of strength starts with the international marketing.”

The CEO added: “In the past….a lot of people in these [target] markets weren’t aware [of us]. They would say, ‘Ho Tram? What’s that?’.

“They frankly also have a bit of a negative perception of Vietnam based on some of the other properties that exist here. But once they become educated and see what we have…they are quite amazed at the product…”