Hoi An in Vietnam may open Feb to jabbed foreign visitors 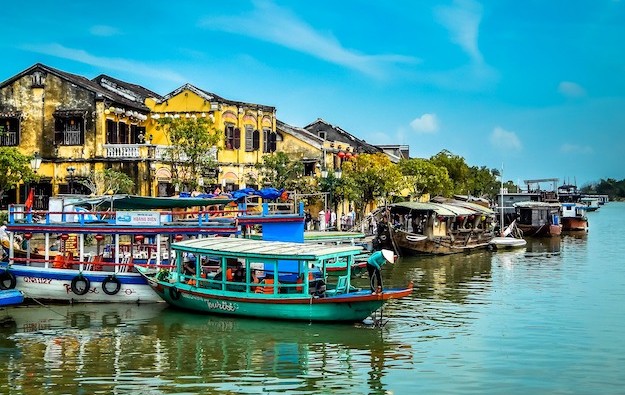 Vietnam’s Hoi An (pictured), a city in the vicinity of the Hoiana casino resort backed by Suncity Group Holdings Ltd, hopes by February next year to welcome fully Covid-19-vaccinated foreign tourists from countries deemed at low risk of outward transmission of the virus.

The opening up of Hoi An city would be part of the parent province Quang Nam’s efforts to boost the local economy via inbound foreign tourists, as part of a wider national-government opening up effort.

Hoi An’s “vaccine passport” initiative could start soonest in February, according to a report by local media outlet VN Express.

The report cited Quang Nam’s Department of Culture, Sports and Tourism as saying that it had drafted a “three-phase” vaccine passport scheme for people from regions or countries with high Covid-19 vaccination rates, namely Europe, the United States, northeast Asia, Australia, and the Middle East. Inbound tourists from those places would be required to stay in designated resorts in Vietnam, and to book their trip with a designated travel agency. There would be monthly caps on the tally of visitors admitted. The cap would rise incrementally, if all went well.

The first phase of the vaccine passport programme – scheduled to run from February to May 2022 – would see Quang Nam province take in “2,000 to 3,000” foreign visitors every month. They would be allowed to visit several tourist spots within the province, including Hoi An old town and “amusement facilities” in five-star resorts, according to VN Express.

That second phase – until September, 2022 – would see Quang Nam province allowing “10,000 to 50,000” foreign tourists every month, who would then be allowed to visit more destinations in the province and stay at three- and four-star resorts.

The report did not specify if quarantine measures would be partially or fully exempted for Quang Nam inbound foreign tourists that have been fully vaccinated.

Vietnam’s National Administration of Tourism said last week that it was preparing for “safe resumption of tourism”, as the government had decided to switch from its “zero-Covid 19” approach to adopting a “flexible” response to Covid-19.

Phu Quoc, a holiday island in southern Vietnam, and which is host to Corona Resort and Casino, the country’s only casino resort currently permitted to cater to local players, will also have a pilot scheme to admit foreigners. It will run from November to March next year, according to an October 7 statement from the Vietnam government.