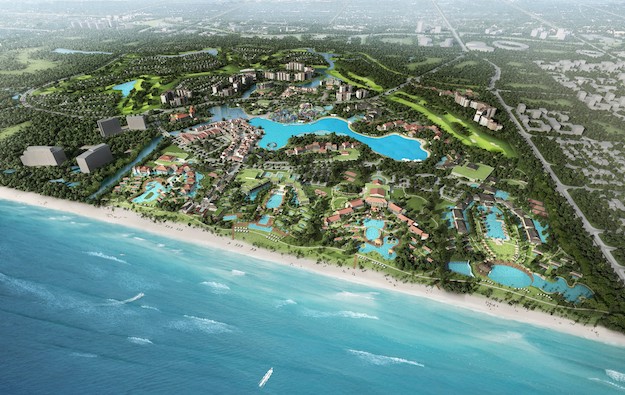 It could take “five to six years” for Hong Kong-listed Suncity Group Holdings Ltd to see payback on its share of investment in the Hoiana casino resort scheme on Vietnam’s central coast, says Andrew Lo, an executive director of the firm.

Mr Lo added that the group expected the Covid-19 pandemic to have a negative effect on Vietnam for “at least” the remainder of this year.

His remarks were reported by Ming Pao, a Chinese-language newspaper in Hong Kong, from the sidelines of Suncity Group Holdings’ annual general meeting in that city on Friday.

A preview period – including for casino operations – started at Hoiana on June 28. Covid-19 was likely to drag earnings for the casino during the remainder of the calendar year, with the possibility that any new phase of the infection within Vietnam could disrupt recovery of the country’s inbound tourism market, said Mr Lo.

A figure of US$1 billion in overall investment for the first phase of Hoiana was cited by Mr Lo, according to the Hong Kong media outlet.

In August 2018, Suncity Group Holdings – controlled by Macau junket investor Alvin Chau Cheok Wa – said it had acquired a 34-percent indirect stake in the Hoiana scheme for a total consideration of HKD600 million, which is US$77.4 million at current exchange rates.

Ming Pao cited Mr Lo as saying his group would get 34 percent of any profit generated by the Hoiana resort. There would also be fees paid to his group – with some scope for incentive payments – for managing the property’s casino and catering units, according to corporate materials published previously.

A full opening of Hoiana is due in 2021, according to previous announcements.

From the start of the preview period, the property had been hosting 54 gaming tables and more than 250 slot machines, said Mr Lo. About 50 hotel rooms at the resort complex – plus some restaurants and the 19-hole golf course – had also been available for guests, he added.

Suncity Group Holdings - which also has interests in other casino schemes in Asia-Pacific – was looking to cultivate its own “hotel brand”, with such a consumer offer to be integrated in the Suncity brand’s membership reward scheme, Ming Pao cited the executive as saying.

Mr Lo also mentioned a group scheme in Japan. A hospitality project in Niseko, in Japan’s Hokkaido prefecture, was to feature “60 to 100” hotel rooms and “40 to 60” villas, he stated.

It is likely that Macau will shortly have a third round of citywide centre-based Covid-19 testing in little more than a week, after the results so far of a second mass test – that was due to finish... END_OF_DOCUMENT_TOKEN_TO_BE_REPLACED