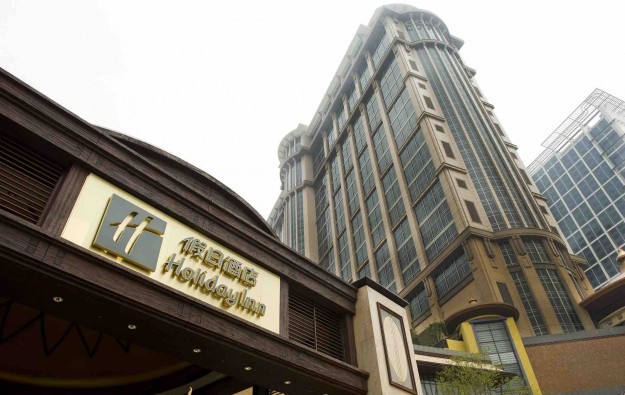 The Holiday Inn Macao Cotai Central (pictured) is to close “probably in November, December” this year during revamp work at the Sands Cotai Central casino complex in Macau to turn the latter into a themed resort called the Londoner Macao.

The firm didn’t clarify when that hotel would reopen or whether it would remain under the Holiday Inn brand, but it has said that the changes to create the Londoner Macao – part of a fresh US$1.1 billion investment on Cotai by the group – would take until 2020 to complete.

Sands China said in its 2017 interim report filed to the Hong Kong Stock Exchange in August, that it had 1,224 rooms and suites at Sands Cotai Central under the Holiday Inn hotel brand. The hotel does not contain gaming facilities, but does serve patrons at the resort and those attending conferences at Sands China’s Cotai properties.

The group had said in November that revamp work at Sands Cotai Central would start in 2018 and “be phased” in order to minimise inconvenience for customers of the resort.

Several investment analysts have previously mentioned that in the short term at least, Sands China’s top-line earnings in 2018 to 2019 could be negatively affected by the work at the property.

“It will be disruptive in 2019. I don’t want to quantify because I simply can’t,” stated Mr Goldstein on Wednesday. “The transition from the Holiday Inn to Londoner, there’ll be some pain along the way … But I think the net result in 2020 is going to be very, very helpful to the company,” he added.

But Las Vegas Sands chairman and chief executive Sheldon Adelson said on the same call: “I don’t see any reason for this to be any more disruptive than any other renovation of any other property or hotel anywhere.”

Mr Adelson did give some colour on how the Londoner Macao might look.

“The outside will be like the Big Ben [clock tower] in the [U.K.] parliament building. We will have the Tower Bridge represented somewhere,” he added, referring to the iconic drawbridge structure across the River Thames, east of Westminster.

Then, in reference to the U.K.’s famous red-coloured telephone boxes he stated: “We will have telephone booths that are all over London: we would use them as [bank] ATMs.”

The entrepreneur also indicated the Londoner Macao might also have versions of the U.K. capital’s red double-decker buses, guards in ceremonial dress like Buckingham Palace, the official London residence of the British Monarch; and perhaps even “horses… riding down the Cotai Strip”.

Mr Adelson stated: “The Londoner Macao will offer great potential for visitation and growth as a standalone integrated resort, but will also provide synergies with the Venetian Macao and the Parisian Macao. Having three iconic, ‘must see’, European-themed destination resorts with a broad range of amenities will strengthen our marketing and customer service capabilities and position us to grow faster than the Macau market in every segment.”